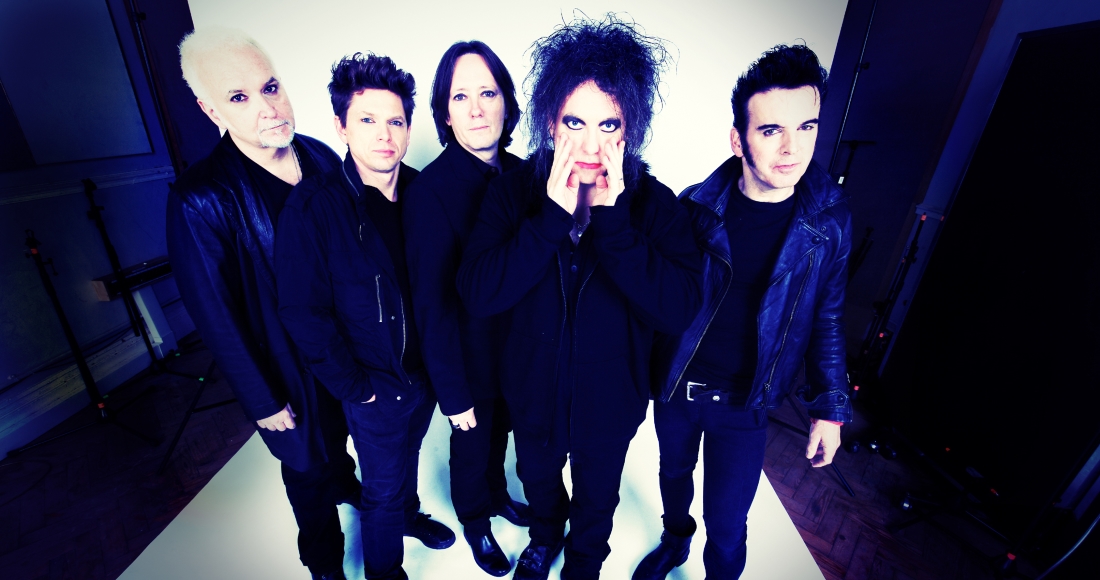 The Cure are an English rock band formed in Crawley, West Sussex in 1978 by lead singer, songwriter, guitarist, lipstick fancier and the band’s one constant Robert Smith (born April 21, 1959 in Blackpool, Lancashire), alongside longest-running member bassist Simon Gallup (born June 1, 1960 in Duxhurst, Surrey) who wasn’t in the band’s line-up for three years in the 1980s. The Cure’s current line-up features Smith, Gallup and keyboardist Roger O’Donnell, drummer Jason Cooper and guitarist Reeves Gabrels, although notable previous members include childhood friend Lawrence Tolhurst, who was in the band from the start until 1989. The Cure released their first album in 1979 which was very much the new wave sound du jour, but by album two – 1980’s Seventeen Seconds – the band’s own sound was beginning to shape into something more unique. The Cure’s big breakthrough single success came in 1983 with The Walk and The Love Cats, and also gained a huge following with the release of the singles compilation Standing On A Beach in 1986, as well as slightly bonkers videos made by long-time collaborator Tim Pope. The Cure have released 13 studio albums, including the UK Official Album Chart Number 1 Wish in 1992, and have sold over 30 million albums worldwide. The Cure have become hugely influential on a whole host of artists such as Nine Inch Nails, Mogwai, Placebo and Smashing Pumpkins, and they have won two BRIT Awards, one for Best Video (Lullaby in 1990) and Best Group in 1991, and were also inducted into the Rock & Roll Hall of Fame in 2019.

Latest news about The Cure