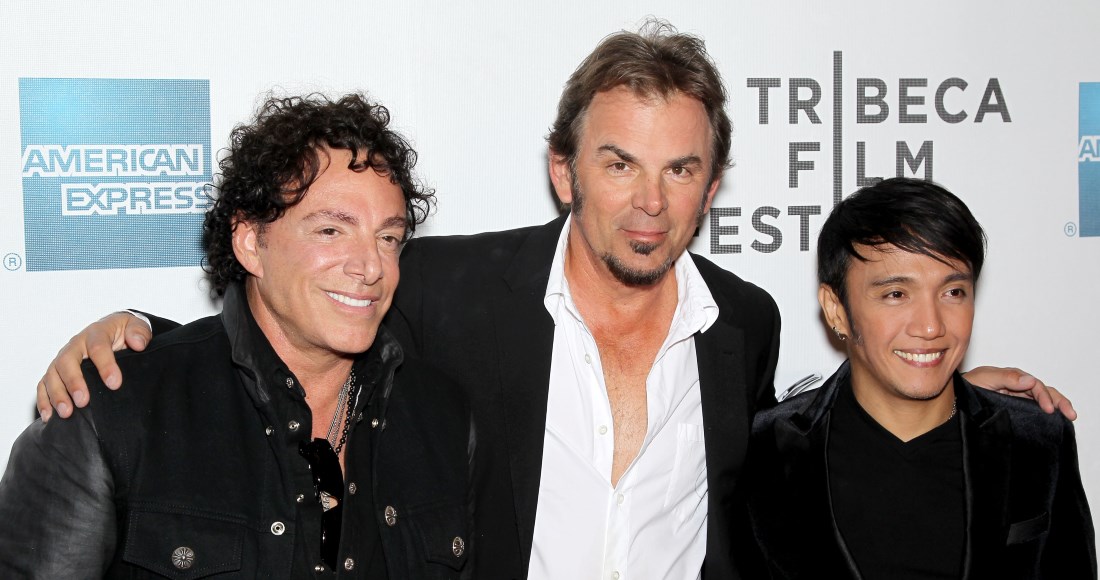 Journey is an American rock band that formed in San Francisco in 1973, composed of former members of Santana and Frumious Bandersnatch. The band members Neal Schon (guitar), Ross Valory (bass) and Gregg Rolie (keyboards) hired singer Steve Perry in 1977 and embarked on a more popular direction. Journey went through another line-up change when Jonathan Cain replaced Rolie, ahead of recording their 1981 album Escape. The LP sold twelve million copies worldwide and featured the songs Who’s Sorry Now and Don’t Stop Believin’, which itself had a curious sales afterlife having only reached the giddy height of 62 in 1982, became a hit again in 2009 due to its use in the US television programme Glee. Steve Perry left Journey in 1998, and Arnel Pineda took over lead vocals in 2007. Image: Marion Curtis/Starpix/Shutterstock