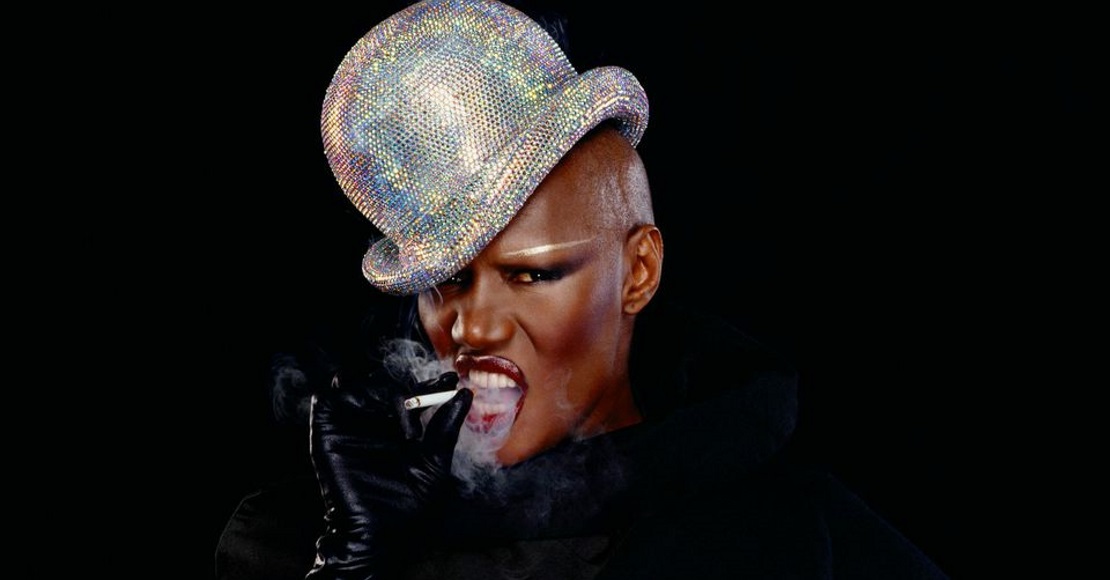 Grace Jones was born May 19, 1948 in Spanish Town, St. Catherine, British Jamaica, and is a Jamaican-American model, singer, songwriter, record producer, actress and general force of nature. Grace Jones was 13 when she moved to live with her parents in Syracuse, New York, and signed up to be a model when she was 18, and moved to Paris in 1970 to pursue her career further. Grace Jones signed her first recording contract with Island in the mid-1970s, and released her debut album Portfolio, which featured her interpretation of La Vie En Rose, in 1977. Grace Jones made a trio of iconic albums – Warm Leatherette, Nightclubbing, Living My Life – with Sly Dunbar and Robbie Shakespeare and the Compass Point All Stars, which also gave her a UK Official Singles Chart breakthrough with Private Life in 1980. Grace Jones also begun to act, featuring in Conan The Destroyer and A View To A Kill. Grace Jones’ biggest song came in 1985, with Slave To The Rhythm, originally intended as a release by Frankie Goes To Hollywood. Grace Jones’ influence on pop and performance is as significant as Bowie’s and has inspired an array of artists. Grace Jones received the Order of Jamaica from the Jamaican government in 2018.