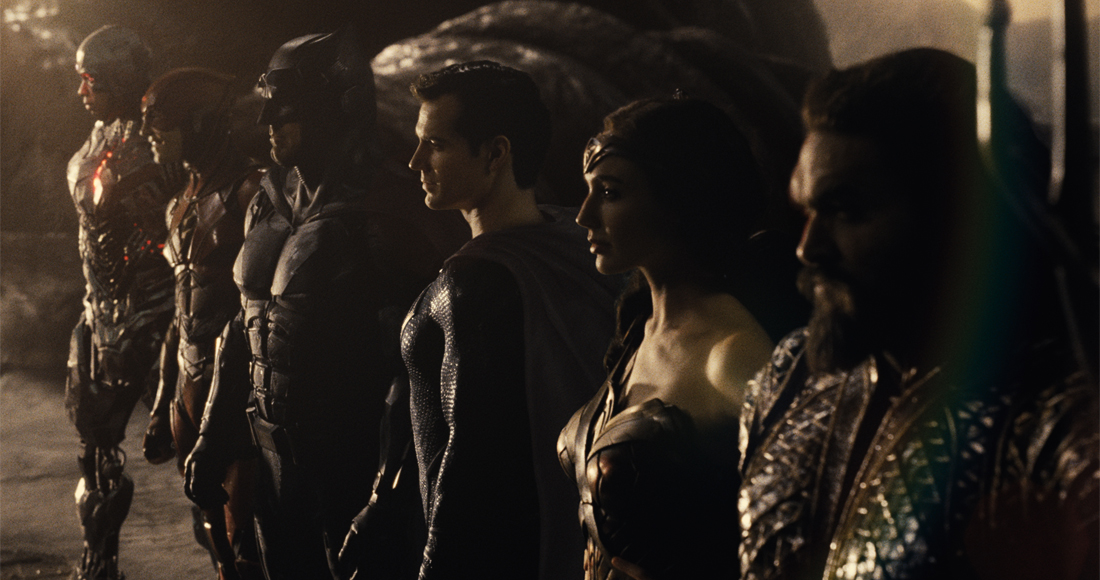 Get ready for the #SnyderCut as Zack Snyder’s Justice League goes straight to Number 1 on the Official Film Chart on digital downloads only.

Its release follows a long fan campaign to release the ‘Snyder Cut’ of Justice League after Joss Whedon took over directing the film’s theatrical version when Snyder departed following a family bereavement.

MORE: The biggest films and TV shows available to buy this Spring

Meanwhile, Nicolas Cage comedy-horror Willy’s Wonderland debuts at Number 3. Cage stars as a Janitor tricked into working at a condemned family fun centre, where he’s forced into a fight for survival against the centre’s possessed animatronic mascots.

Joker lands at Number 4, The Greatest Showman jumps seven to Number 5 and Disney/Pixar’s two-time Oscar winner Soul drops four to Number 6. Godzilla: King of the Monsters falls to Number 7, while Let Him Go rises one place to Number 8 in its second week.

This week’s Official Film Chart online show features a preview of horror reboot Wrong Turn, which is available to buy on DVD & Blu-ray from 3 May.

As well as OfficialCharts.com, the Official Film Chart can also be found on FindAnyFilm.com - the ultimate site for Film and TV fans to discover all the legal ways to buy the entertainment they want on disc and digital formats.