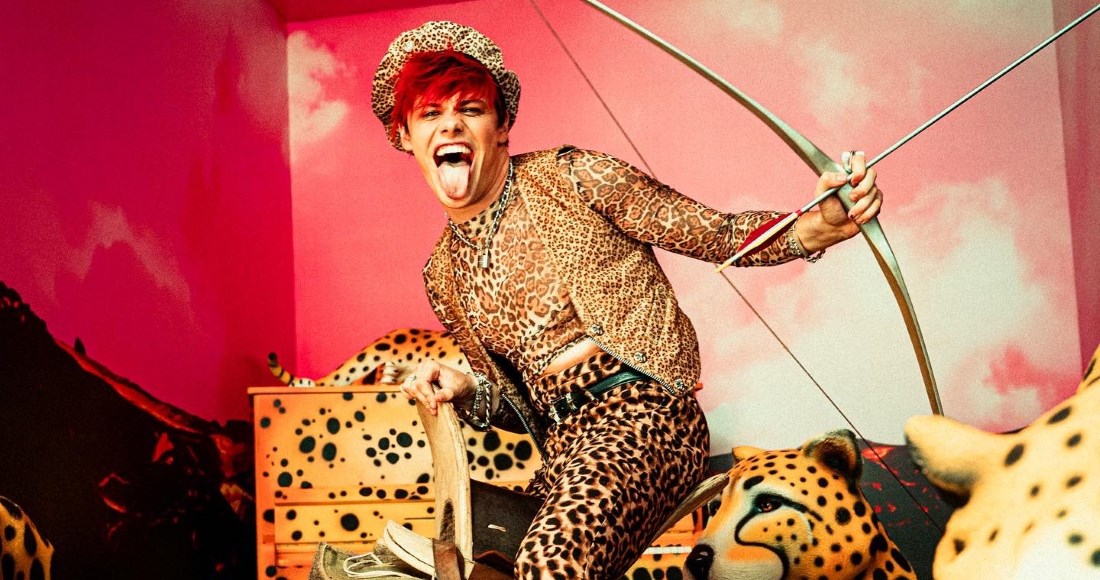 After landing his first UK Top 40 hit last month with Bring Me The Horizon collaboration Obey, Yungblud has put out his latest single Cotton Candy - possibly his most radio friendly track to date, accompanied by one of his most outrageous music videos to boot.

The Doncaster native is gearing up to release his second studio album Weird!, an eclectic array of tracks about embracing own your own identity and every side of your personality.

Judging from the album's trailer singles - the title track, Strawberry Lipstick and God Save Me, But Don't Drown Me Out - the influence of My Chemical Romance, Marilyn Manson and The 1975 ring clear, but Yungblud told OfficialCharts.com he had a very different reference point in mind for Cotton Candy.

"I wanted it to sound like a Yungblud x Katy Perry song," Yungblud - real name Dominic Harrison - told us when we met up with him (socially-distanced!) at his publicist's offices in London. "She’s such a punk, she’s done [US rock show] Warped Tour... Candy came out like that, I wanted it to be bubblegum about sex, to spread a load of love right now. Everyone wants to get shagged right now but everyone’s stuck inside. It’s a shag for your ears."

The track's poppier hook and playful nature are a slight departure to some of Yungblud previous material in which he addresses mental health and politics in rebellious, angsty anthems. He had expert help in creating it in hitmaking duo Julia Michaels and Justin Tranter.

Yungblud and Tranter have worked together twice before, while his other previous credits include Selena Gomez's US Number 1 single Lose You To Love Me and Lady Gaga's 911. It's a first time team-up for Yungblud and Julia, who has written the likes of Anne-Marie's 2002 and Justin Bieber's Sorry. Turns out Yungblud loved the experience of meshing his world with theirs.

"I was into it. I love f**king challenges like that," Yungblud told us. "Justin is a f**king rockstar. He was in a punk band bruv. There’s pictures of him with a garter, heels and a mohawk… with his c**k out and a bottle of champagne on stage. He’s such a rockstar and so is [Julia] really.

"I did the whole session in my underpants," he continues. "Julia is such a free spirit and I remember when we got the hook for it, I said I want the song to be about sexuality, freedom of sexuality, expression and love, and this story of you can love who you want. You don’t need to make your mind up about what you are. Ever. Just own it.

"The song was written and recorded in four hours and then we were getting drunk – before lockdown – in The Rainbow, an old rock bar on the Sunset Strip where Lemmy and The Sex Pistols used to hang out. So dope."

Cotton Candy by Yungblud is out now. Album Weird! is released on December 4.