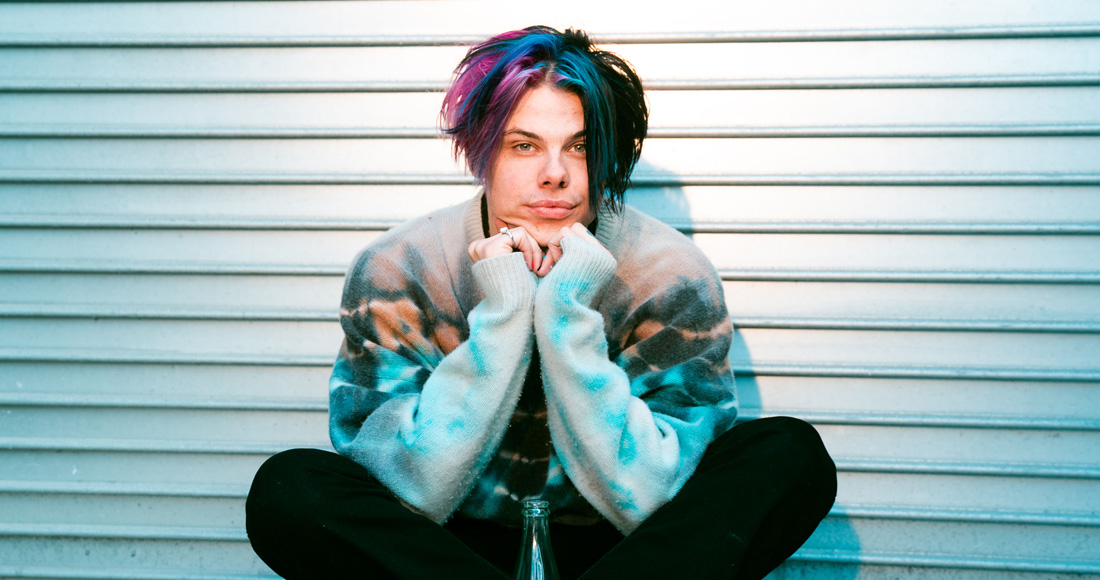 Given his usual hyper-energetic nature, it’s hardly surprising that not even a global pandemic can slow Yungblud down.

Currently in Los Angeles, where he was recording when lockdown kicked in, the 22-year-old from Doncaster - real name Dominc Harrison - is living in an Airbnb with his team close to Venice Beach. With a new album on the horizon and forced to cancel a series of shows across the world, rather than postponing he hunkered down and released what would have been The Yungblud Show on YouTube last month, free for all the world to see. The hour-long, fully produced performance has since been watched 670,000 times.

The response led him to create a second Yungblud Show, which was less a gig and more Jackass-meets-Punkd – or “punk-rock Jimmy Fallon” as he puts it - featuring hilarious skits with a series of special guests including Kelly Osbourne and Travis Barker.

Now he’s launched into his new album with Weird!, a blast of emo-pop that was finished before lockdown and never intended as the lead single but has been upgraded after taking on new meaning in light of Covid-19. “We’re in a weird time of life” he sings on the chorus, sounding forlorn yet hopeful. While lockdown has exposed questionable behavior among some celebrities and musicians, Yungblud is determined to keep his fans entertained at all costs.

You've been in LA on lockdown for a few weeks now. What, if anything, do you miss about the UK?

“I really do miss it, actually. I miss HP sauce, Yorkshire puddings, cold pints of lager in Camden and my mum. We were out here putting the finishing touches to the new record then BOOM! – quarantine.

“We’re on tour that much and we’re used to living out of suitcases, so this is quite homely for us, to be honest. We’re busier than ever with the new music and The Yungblud Show – we’re trying to think outside the box. It’s me, my manager, photographer and guitar player in a house by the beach. It’s exciting.”

Considering lockdown and a limited budget, The Yungblud Show almost feels like a properly produced TV show. How do you pull such a thing together?

“The reason I did it is because I want to make people happy. I want fans and newcomers who might be feeling scared or alone to feel like they’ve got a friend to watch an interact with. What’s so sick for me is it’s bringing a lot of people together. For half an hour to an hour they get to forget about the s**t that’s going on right now, and that’s a job well done for us.”

It must have taken a lot of work to pull together...

“We’ve literally got a green screen - which we ordered just before lockdown - me, my best friend and a whole lot of elbow grease. All the vocals in that show were recorded on the toilet on my iPhone and sent to friends who produced them."

You’re very good at lifting everyone spirits… are you managing to keep yours up?

“Absolutely. Obviously, it’s scary and confusing but out of dark times comes hopeful art. It’s bringing people together – I feel more connected to my fanbase than ever right now."

After being forced to cancel your world tour, were you ever tempted to sit back and hibernate until things return to normal?

“The way we’ve done things from the beginning has been out of the box, even who I am as an artist is outside the box. I remember I was fighting so many people in the beginning of my career because they wanted me to be a dumbed down, within-the-lines version of myself, so I’m used to thinking outside the box. It’s what we thrive off.

Weird! is one of your more radio-friendly releases; is that the route you're taking on the new album?

"For me and my fanbase, it's not about making music that people like, it's about living for this thing. That's the connection we have, and it just gets bigger - it's being able to serve and make people feel as included as they did at the beginning when this thing started. I've been writing a lot and contextualising my record, making sure everything is buttoned up and thinking about interactive ways to connect with my fans.

"Being in lockdown forces you to confront the s**t you suppress. There's nowhere to hide anymore, you're alone with your thoughts. It's time for a reset - especially for humanity, it's time to get back to ourselves and be good people."