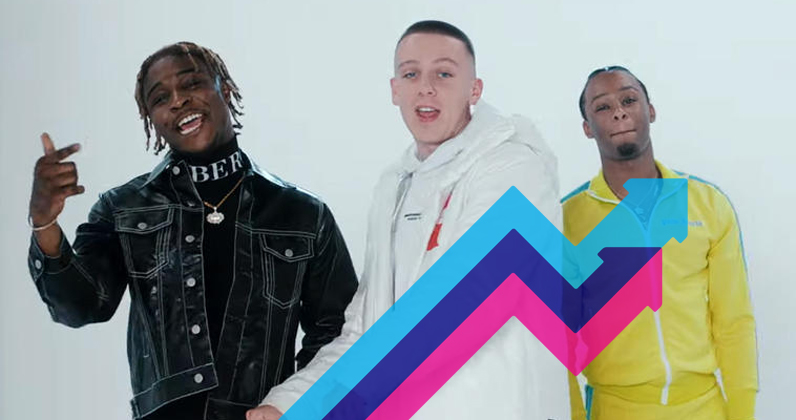 "A Nottingham & Manny link up was always bound to be wavey, and Strike A Pose' is exactly that!" Young T and Bugsey said of the track. "A wavey banger for all the clubs this Summer. Our charismatic back to back verse filled with cheeky one-liners, the potent northern flow on Aitch’s verse and a catchy chorus that the girls can sing to - what more could you want!?"

Meanwhile, US rapper Post Malone makes a big impression the latest Official Trending Chart; his new track Circles is set to be this week's highest new entry on the singles chart, currently at Number 12. Post's new album, Hollywood's Bleeding, is out this Friday (Sept 6). A song dedicated to the star by producer Sam Feldt ft. Rani also appears in the trending Top 20.

Finally, Lana Del Rey makes two entries with songs from her newly released album Norman F**king Rockwell. While the record is heading for Number 1 on the Official Albums Chart, two of its songs - the title track and its trailer single Doin' Time - are proving the most popular from the record.