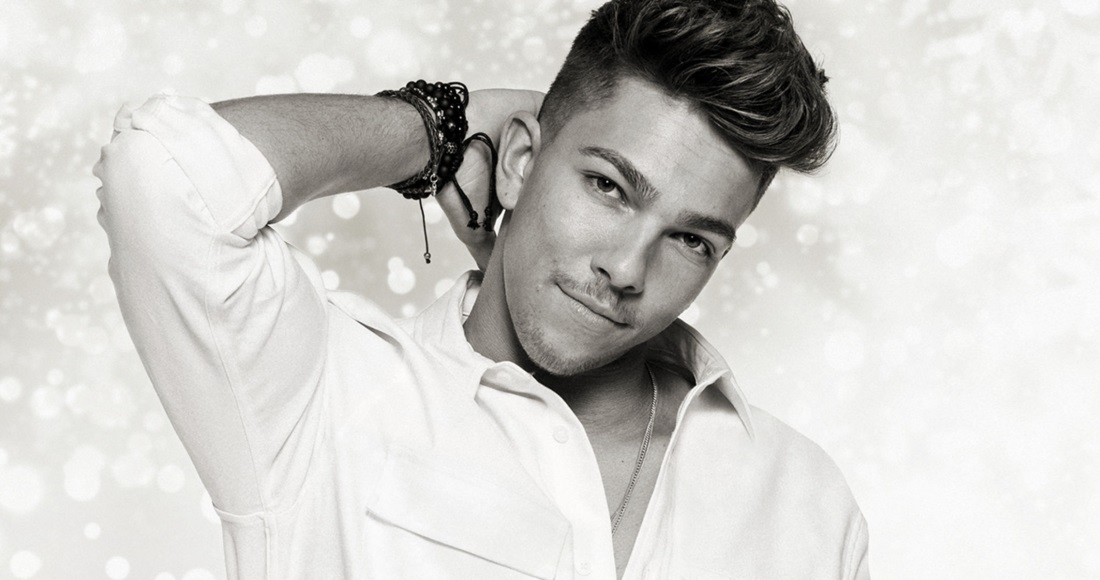 Last weekend's X Factor final culminated in one of the closest finishes the show has ever seen.

If the final had ended after the first night of vocal belting, air-grabbing masterclasses and megastar duets, Saara Aalto would be our winner, having achieved the most votes after the first voting freeze.

But it ain't over until it's over, and Matt Terry nailed last Sunday to be crowned the show's 13th winner. Having topped the votes seven times over the course of the series, Matt is now aiming for a sky-high chart position.

OfficialCharts.com caught up with Matt to discuss his Ed-Sheeran-penned new single and his intention to give his famous songwriter a big cuddle. Think we've got ourselves a budding bromance here!

Hey Matt! This series of X Factor was a close one. How does it feel to come out as the winner?

“Do you know what, it is unbelievable. It still hasn’t sunk in and I don’t think it will until I go home with my family. I am on such a high. I can’t believe it, I really can’t. It is the best thing to ever happen to me.”

The voting stats revealed that if the competition was decided on Saturday's vote alone, you'd have finished second. What do you think swung it for you Sunday night?

“I went out there and just thought that this is my last day of being on The X Factor so I really want to enjoy it and that relaxed me. My vocal coach Ian says to me that I sing best when I’m relaxed and I was so calm. I knew how much I wanted it and I gave it absolutely everything I had.”

So now you’re the winner and you're thrown right into the Christmas Number 1 race. How crazy has it been so far?

“There are just no words to describe it. I can’t believe that I actually have a single, and then to be in the chart, let alone talking about Christmas Number 1, it is just insane! I have these moments where I’ll be like ‘Guys, what happened? I won X Factor! I have a single. What is going on?’ [laughs]”

The winner’s single has been a big talking point, it's both an original track and a Christmas song. How do you feel about being passed the torch but in a totally new way?

“I think it was such a good move. I can’t thank them enough for doing that for me. It’s just amazing and I feel so lucky. I’m so privileged that this is my first single. I’m so happy that it’s Christmassy as it is so relevant.”

Ed Sheeran wrote your new single, and he also wrote the Jessie Ware track you sang a few weeks ago that you said you absolutely loved – so it sounds like it was kind of meant to be…

“I would like to think so! I’m a firm believer in positivity and fate, so maybe! Ed is the man!”

If When Christmas Comes Around hadn't come around, and you could've picked any cover to release as your winner’s single, what would it have been?

”Good question! Writing’s On The Wall definitely. I’ve met Sam and he was amazing, so lovely.”

What style are you thinking for the album? Ballads? Or a few bangers thrown in?

“I think it will definitely be mid-ballads. Think Jessie Ware, Grace, Sia, that kind of feel. But at the same time, I’m still learning and I’m so open to new ideas and influences that might come my way.”

OfficialCharts.com is VERY Christmassy right now – we can't get enough of it. What's your favourite Christmas song?

“I really think it's Silent Night that I sang on X Factor. It really is a beautiful song and there are so many versions of it that I’ve listened to. It’s got that Christmas warm feeling that I really like.”

So if you do get to Christmas Number 1, your song will be the first Christmas-themed #XmasNo1 since 2004. Does that add any pressur? Or are you as chilled as a penguin?

“I would love to say that [laughs] and I like to keep myself as calm as possible. I don’t take myself too seriously as much as I want it but it would be absolutely incredible. To get to Number 1, it would be life-changing, it really would. Then afterwards, I’d like to visit the charities and then go and give Ed a big cuddle… from a penguin!”

Matt Terry's debut single When Christmas Comes Around is available to download and stream now. All proceeds from the single will go to two charities: Together for Short Lives and Shooting Star Chase.

Look back at every Christmas Number 1 ever below: