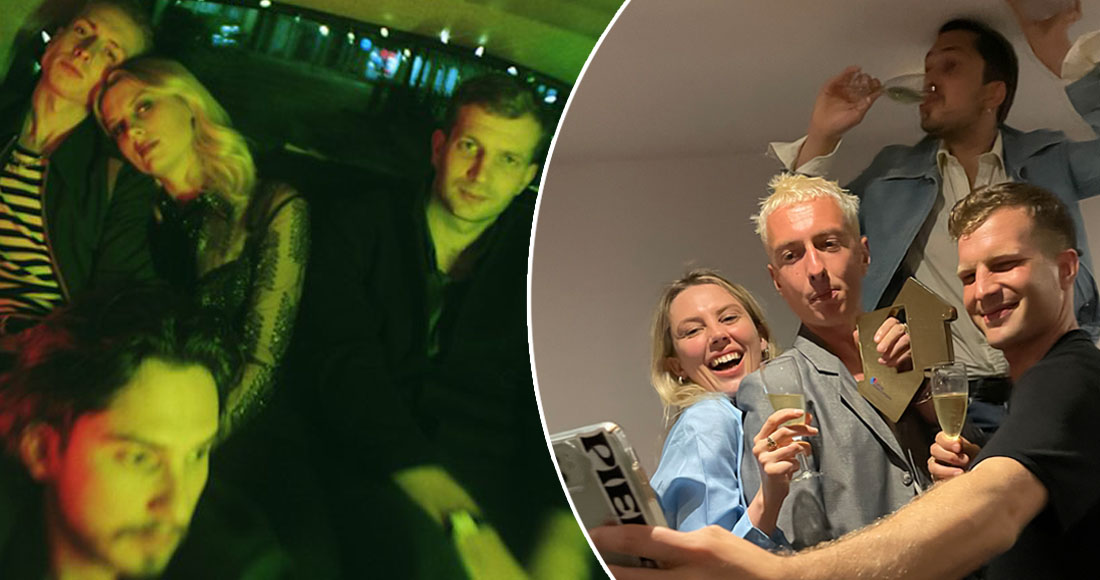 The band’s third studio album opens at summit with 36,000 chart sales – overtaking Royal Blood to claim the biggest opening week for a British act in 2021 so far. Their previous albums My Love Is Cool (2015) and Visions of a Life (2017) both reached Number 2. See where all Wolf Alice's hit songs and albums charted.

14,700 (41%) of Blue Weekend’s opening week figure is sales on vinyl – and takes the top spot on the Official Vinyl Albums Chart.

Cracking open a bottle of champagne to celebrate, Wolf Alice told OfficialCharts.com: “Thank you from the bottom of our hearts to everyone who has been listening to Blue Weekend this week and thank you to everyone who helped make this record come to life. We feel so lucky and we are so happy. We will be in the pub till the England game. Lots of love”.

Wolf Alice knock Olivia Rodrigo’s Sour down to 2, though the record does claim the week’s most-streamed album.

Meanwhile, Manchester band James secure their 10th Top 10 album with All The Colours of You at Number 3, and US rappers Lil Baby & Lil Durk open at Number 5 with their collaborative album The Voice of the Heroes.

Australian rockers Crowded House claim their highest-charting set in 14 years with Dreamers Are Waiting at Number 6, while further down the Top 20, ZZ Top’s Billy F Gibbons is new at 18 with Hardware, and US pop-punk band Rise Against open at 19 with Nowhere Generation.