Will Young is a popstar emerging from a period of creative dormancy. While his last album, 2015's 85% Proof, was a commercial success after reaching Number 1 on the Official Albums Chart, behind the scenes he was dealing with spiralling anxiety and depression.

"I was meandering," Will told us at his publicist's office in East London. "That last record, amazing music videos. [Lead single] Love Revolution – an amazing song. The album has got some really good songs on it. I was just so ill – I shouldn’t have done the record. I don’t know how I managed to get those songs out. I couldn’t see my face in the mirror; I don’t know how I managed to pen a frigging album. We wrote it in 10 days. No wonder I carried on being ill."

Despite personal troubles, there was no drama that lead to him leaving Island Records after releasing just one album.

"Gosh, you know what, I didn’t even think about it [like that]," Will admits. "The Island deal ended very amicably. They just couldn’t meet the next advance. It was that boring. I don’t think people ever talk about this, do they? But why not? I love them. Island were brilliant.

"I’m very lucky, I’ve always had a good time [with major labels]. There’s been moments but I don’t feel like I’ve ever been f**ked over. No way. I mean, Island spent s**t loads on my album. They just didn’t want to meet the advance and I didn’t want to take less. That was it."

Will's need for an industry cleanse came as a result of how fulfilling making his 2011 album Echoes was. From both business and creative standpoints, the album lifted Will to dizzy heights, and then a glass ceiling.

"Once Echoes came out, I was a little bit lost. Not only did I get really ill... but the reason I got ill and all that other s**t came up was probably because I felt like I had done it. Not that I didn’t like the other records but that was the record I always wanted to do."

After strong hinting at quitting music, it was a one-off live show - his first live in a over a year - that lit a fire in him once more.

"It was kind of liberating and also slightly egotistical because popstars always like to think everyone is listening to them. Because I said I wasn’t going to sing anymore, they think the UN are going to talk about it. It was quite fun to say as I liked seeing the reactions on people’s faces [laughs]. People said ‘you can’t go and do another job’ so I said ‘yeah I f**king can if I want to’. 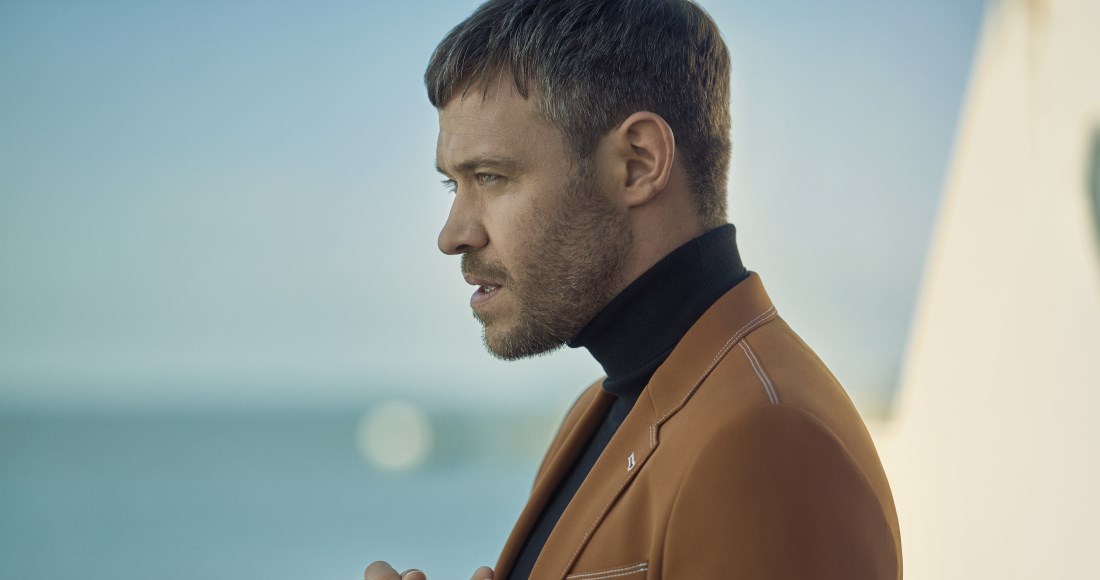 "But then I did a gig and I loved the gig. Like loved the gig. I knew from then, ‘f**k, I’m going to start doing music again, aren’t I?’ I thought ‘oh, this is really fun’. Because it is really fun. I had just lost it. I had been working really hard and I hadn’t been enjoying it. A lot of it had been forced. Or I allowed myself to do things. When I could and should have just not. It was a bit of dramatic 'enough!' moment."

On his new album Lexicon, Will has retraced his steps and reunited with familiar faces he says he "trusts implicitly". He's reassembled the core team behind Echoes: producer Richard X and songwriters Jim Eliot and Mima Stilwell. The result is a 2019 update on Echoes' lounge-disco sound and can be heard on trailer singles All The Songs and My Love.

"I just started getting confidence again," he says of reaching out to them. "I stopped having a management team and I just started to work out how to do it myself. I only wrote with Jim and Mima so I didn’t have to worry about that awful first date scenario which I don’t like. The whole thing was a real pleasure.

"It feels like the death of one relationship to know how to do it right with the next one. I’ve just been with people that I love."

Will Young's new album Lexicon is released on June 21 and is available to pre-order now.