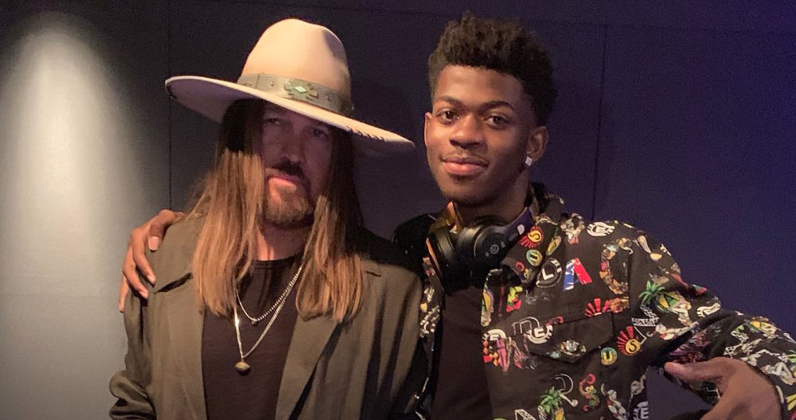 Lil Nas X's viral hit Old Town Road looks set to takeover the charts in the UK and across the world this week.

The song is on track to enter the Top 5 on this week's Official UK Singles Chart after entering last week's Top 40 at Number 39 - and climbs to Number 1 on the latest Official Trending Chart.

Who is Lil Nas X?

How did Old Town Road become a viral smash?

The track went viral in early 2019 thanks to the 'Yeehaw Challenge' meme on video social media app TikTok. People film themselves transforming into cowboys and cowgirls after drinking a bottle of 'yee juice', mostly set to Lil Nas X's song. It's popularity led it to entering America's Billboard chart, where it has so far peaked at Number 15. Watch a compilation of some of the best takes on the challenge below:

Why Old Town Road in the Official UK Chart now?

The Yeehaw Challenge (#yeehaw) has gone global, leading more and more people to stream and download the song. Another big contributing factor is a new remix of the song featuring country legend Billy Ray Cyrus, which was released on April 5.

Controversy surrounding the song has also given it more exposure: after debuting at Number 19 on Billboard's country songs chart, Old Town Road was removed from the chart as it was deemed insufficiently country. In a statement to Rolling Stone, Billboard said the song "does not embrace enough elements of today’s country music to chart in its current version."

Billy responded to removal on Twitter, posting: “I was thinking, what’s not country about it? What’s the rudimentary element of a country and western song? Then I thought, it’s honest, humble, and has an infectious hook, and a banjo. What the hell more do ya need?"

Controversy aside, Lil Nas X is the first internet star to gain this level of success through TikTok. "TikTok helped me change my life,” the rapper said on TikTok’s blog. "TikTok brought my song to several different audiences at once."