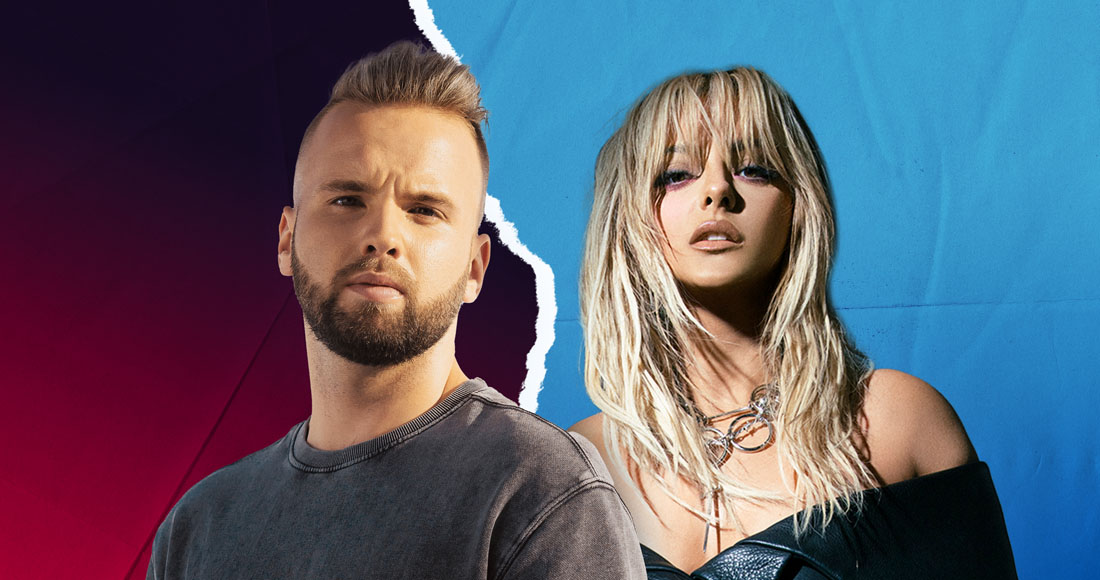 Topic continues his run of melancholic dance bangers this week with his new single, titled Chain My Heart.

After a run of success in his homeland in Germany, the producer scored his international breakthrough hit with Breaking Me ft. Swedish singer A7S, a Top 3 hit last summer that recently topped 1 million UK chart sales, including 120 million streams.

His follow-up, a remake of ATB's 9pm (Til I Come), also featuring A7S, recently earned him a second UK Top 10.

For his latest track Chain My Heart, he's teamed up with Bebe Rexha, who is a seamless fit for this moody club banger. We caught up with Topic to find out how it all came together.

Hello Topic! How did teaming up with Bebe Rexha  come about - and is your regular collaborator A7S okay with this?!

Haha yeah, he is! He just recently released a song himself without me, so he kinda has to be ok with it! (A7S released his new single Nirvana earlier this month)

But he was involved in the writing actually! We started making the track last summer in Stockholm. We immediately thought the song would need a female voice and also thought it must be someone who’s got, let’s say, a little swag or attitude in her voice as the pre chorus is kinda rappy and Bebe actually was the first name, which instantly popped up in our heads.

You’re a DJ/production whizz – what have you found are some of the key ingredients for a dance hit?

Thank you! It’s so hard to describe what the key ingredients would be. For me, it’s all about the feeling. Usually, the process is to find some nice chords, make a scratch instrumental, then find the right melodies on it and then if we like it we start writing lyrics to it. When it’s all finished and recorded, I then dive into the final production process, which can take anything between 1 day to 6 months.

You teamed up with ATB for a remake of 9pm (Till I Come) – who are some of your other DJ heroes?

Hard to pick! Avicii for me was the all time greatest, but Martin Garrix and Swedish House Mafia for instance were also artists who really inspired me to start dance music.

Breaking Me was, fittingly, your big breakout hit - but which of your songs before that would you steer news fans towards?

I’d say my track Home, which was my first hit in Germany and Australia. As the song was only a hit in those territories there’s probably many people who don’t know this song! It was the one which brought along so many great opportunities for me.