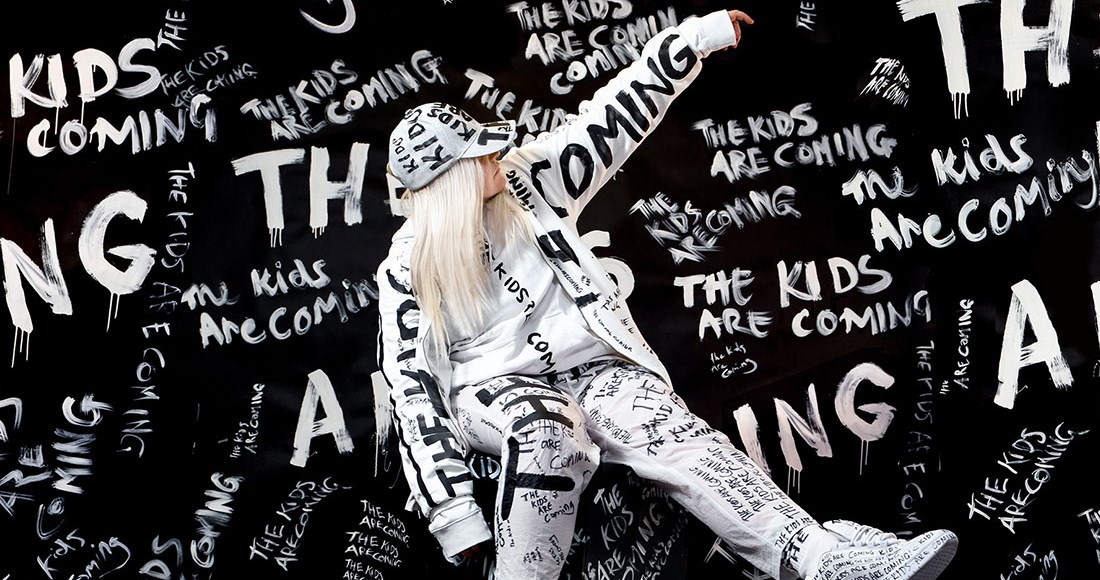 Everyone is still going ape for Dance Monkey – Tones and I claims another week at Number 1, and a chart record into the bargain.

Dance Monkey's ninth week at the top of the Official Singles Chart means it's the longest running Number 1 of 2019, overtaking Ed Sheeran and Justin Bieber's I Don't Care, which spent eight weeks at the summit this summer. See the longest-running Number 1s in Official Chart history.

Tones and I now has the third longest-running Number 1 single ever by a female artist in the UK. The feat is jointly held by Rihanna’s Umbrella ft. Jay-Z and Whitney Houston’s I Will Always Love You, both of which logged ten weeks at the top of the Official Singles Chart.

The Australian singer-songwriter notched up 9.58 million streams and was the biggest selling download of the week too – but there are a couple of big songs right behind her aiming to take Tones and I's crown.

Lewis Capaldi rockets 17 slots this week to claim his fifth consecutive Top 10 with Before You Go, at 2, and the highest new entry this week comes from Stormzy, Ed Sheeran, and Burna Boy – Own It is new at 3.

Arizona Vervas' Roxanne continues its ascent, rising to a new peak of 7, while KSI, Rick Ross, Lil Baby, and S-X leap 22 places to 10 with their collab Down Like That.

Coldplay's Orphans returns to the Top 40, rebounding to its original peak of 27 following the release of new album Everyday Life; Harry Styles' Watermelon Sugar is up seven places to 28; and Loyal, from PARTYNEXTDOOR feat Drake, is in at 31.

It's official, Christmas has kicked off: Mariah Carey's festive classic All I Want For Christmas is You leaps 25 places to make its thirteenth consecutive return to the Top 40.

Ziezie and Aitch score their second Top 40 together with French Kisses, in at Number 35; Frozen 2 track Into the Unknown, from Idina Menzel and Aurora, is new at Number 36; and this year's John Lewis Christmas ad theme, a cover of REO Speedwagon's Can't Fight This Feeling by Bastille, zooms 55 slots to Number 39.