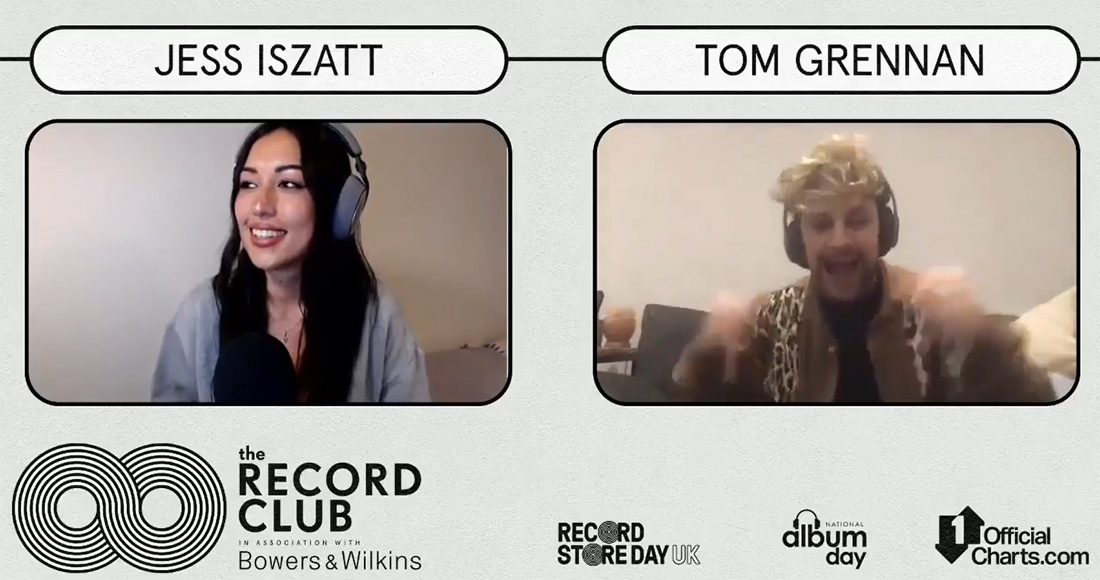 Tom Grennan has shared his excitement and plans for the prospect of being this week's Number 1 album.

On The Record Club with Bowers & Wilkins, a fan asked Tom what he would do to celebrate if his new album Evering Road makes a Number 1 debut this Friday. Almost lost for words at the prospect, Tom said he might try to sort a big Zoom call for everyone who was involved with the album: "fans, family, everybody".

"I'll probably run round the house, just crying and screaming!" he continued, "To be honest I'm just going to go home to my Mum"

Tom was leading for Number 1 on the Official Albums Chart at the midweek point with his second album Evering Road, which he joined this week's Record Club to discuss. If he holds on it'll be his first ever UK chart-topper. His debut album Lighting Matches reached Number 5 in 2018.

Check the Official Albums Chart here on Friday 19 March from 5.45pm to see if Tom can hold on to claim the top spot.

Elsewhere in the interview, Tom explained how excited he is to get back to playing live again, in particular a string of intimate shows at Esquires in his hometown of Bedford.

Responding to Crash Records in Leeds, Tom said "to be going out to Bedford, it's going to be very, very special. I've got a friend of mine called Adam, he's in a band called The Scruff and he's gonna be supporting me - so I'm keeping it hometown... I want to make Bedford proud!"