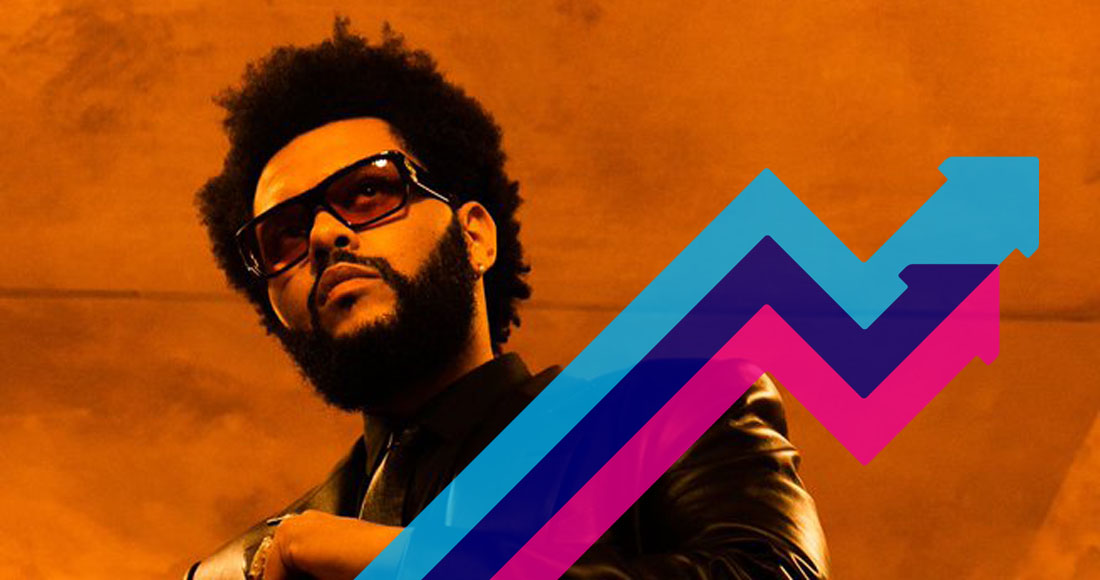 The Weeknd's new single Take My Breath is off to a strong start following its release last Friday (August 6), and takes the Number 1 spot on the UK's Official Trending Chart.

The Canadian artist's new track arrived after a wave of social media teasers and an interview in which he described the sound of his new record as "Quincy Jones meets Giorgio Moroder meets best-night-of-your-f**king-life party."

Take My Breath is co-written by The Weeknd and produced by Swedish pop supreme Max Martin - the pair have been working together since 2015's Can't Feel My Face.

The track is on course to be the highest new entry on this week's Official Singles Chart, currently at Number 12 in the latest sales flash and set to become his 26th Top 40 single.

Meanwhile, KSI and Lil Wayne's brand-new collaboration Lose - a song that doesn't feature on his recent album All Over The Place - is also making a big impact this week and looks set to earn Wayne his first UK Top 40 appearance in two years, since his DJ Khaled collaboration Jealous in 2019.

Following the release of Fredo's new album Independence Day, two of its tracks appear in the trending Top 20, the record's latest single Flowers And The Snow, and 14 ft. Potter Payper.

Elsewhere on the trending chart, other recent releases that are gaining momentum include Talk About by Rain Radio and DJ Craig Gorman - the Nelly Furtado-sampling dance track is set to continue its ascent up the Top 40 this Friday.

Wizkid's Essence ft. Tems is climbing fast and could earn the Nigerian star his first UK Top 40 as a headline artist, and David Guetta, Mistajam and John Newman's dance-pop take on Whitney Houston's How Will I Know, titled If You Really Love Me, is also on the cusp of entering the Top 40 this week.