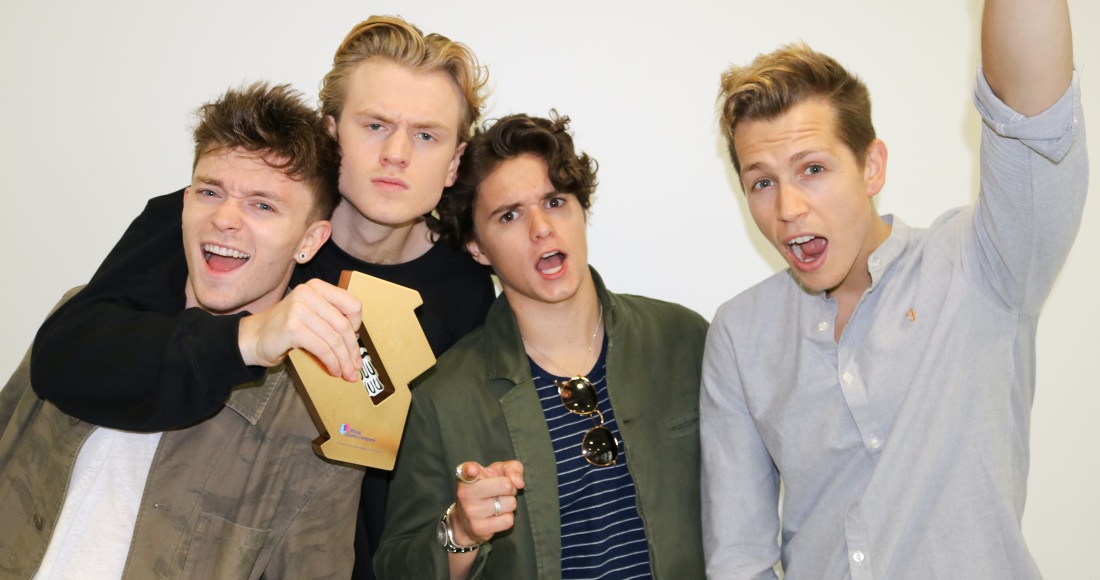 The Vamps have dethroned Ed Sheeran at the top of the Official Albums Chart.

The Vamps’ third record Night & Day becomes the British band’s first UK chart topping album. The Vamps join Kasabian, The Beatles and London Grammar to knock Ed from Number 1 since his album ÷ was released back in March.

Night & Day was also the week’s most popular in independent record shops and lands at the top of this week’s Official Record Store Chart.

Bradley, Connor, James and Tristan’s first album Meet The Vamps peaked at Number 2 in 2014, while the follow-up Wake Up reached Number 10. Night & Day is a double concept album; the Night Edition tops this week’s chart, while the Day Edition is scheduled for a winter 2017/early 2018 release.

Celebrating with OfficialCharts.com, the band say: "The biggest of thankyous to our fans, this is all down to you. Thank you so, so much for all of you support. We love you and the second half will be coming very soon."

Joining The Vamps as a new Top 5 entry this week is Grime MC Bugzy Malone – his third EP King Of The North bows at Number 4, his third Top 10 placing and highest position to date. Just behind him is John Denver, whose Ultimate Collection debuts at Number 5.

London duo Oh Wonder score their first Top 10 with their second collection Ultralife at Number 8, ahead of Joe McElderry at Number 10. Joe’s fifth studio album Saturday Night at the Movies is his fourth Top 10 album, something only five other X Factor acts have achieved: JLS, One Direction, Rebecca Ferguson, Olly Murs and Little Mix.

Finally, French Montana secures a Top 40 slot with his second studio album Jungle Rules (33), while the soundtrack to Disney’s Beauty and the Beast rebounds 57 slots to 35 following the film’s DVD release.

Look back over every Number 1 on the Official Albums Chart in 2017 so far below: