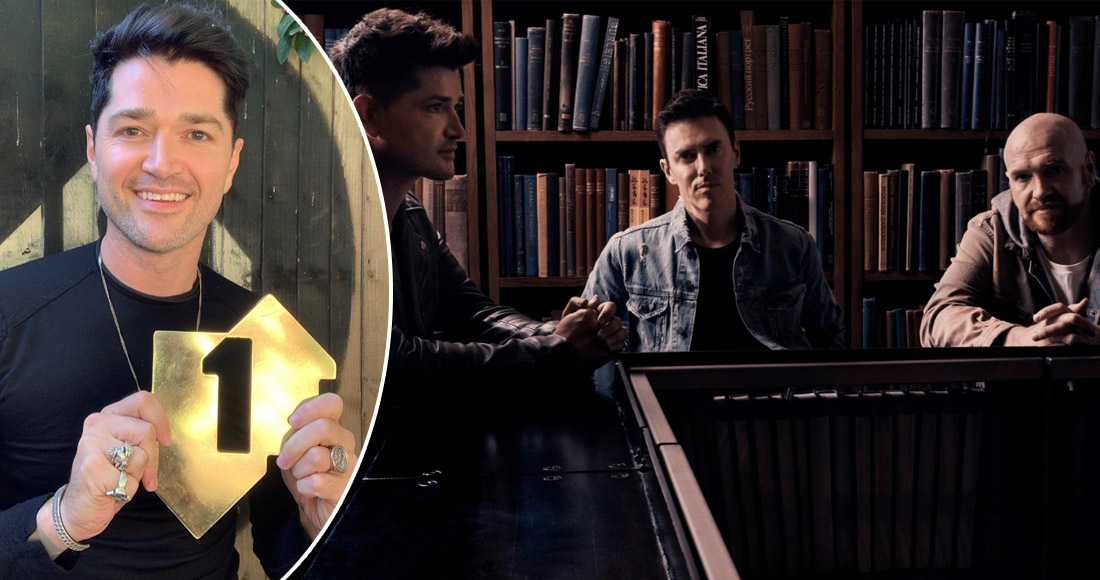 Congratulations to The Script, who land straight in at Number 1 on the Official UK Albums Chart with Tales From The Script – Greatest Hits.

The Irish rockers’ best-of – which spans 13 years of chart success - lands at the top with 23,000 chart sales, 87% of which were physical sales.

When it comes to acts with as many chart-topping albums, The Script are in good company. Arctic Monkeys, Genesis, Pink Floyd, Kings Of Leon, Radiohead, Blur and Muse all have six Number 1 records to their name, see the acts with the most UK Number 1 albums.

“We couldn’t have done this without The Script family. Thank you so much - this really, really means a lot because this is for our greatest hits, it’s like a lifetime of work. Hopefully you’ll see us on the road soon.”

Elsewhere in the Top 10, Tony Bennett and Lady Gaga enter in at Number 6 with their second collaborative covers album Love For Sale.

Hans Zimmer’s soundtrack to the new James Bond film No Time To Die debuts at Number 7 – in doing so it becomes the highest charting Bond track in the franchise’s history. Its title track by Billie Eilish hit Number 1 on the Official Singles Chart last February with the biggest opening week for any Bond theme ever. Find out where every James Bond theme charted in the UK.

“The triumphant return of Bond, James Bond, this autumn has been a huge fillip for the nation post-lockdown and the incredible success of the soundtrack album has emphasised quite how much we love a Bond score. The involvement this time of Billie Eilish and Johnny Marr alongside Hans Zimmer has broadened the audience for this OST more than ever before. We have had to wait, but it was certainly well worth waiting for.”

Rapper Potter Payper earns his second UK Top 10 album with Thanks For Waiting at Number 8 - the most-streamed new entry of the week - and following its vinyl release, Taylor Swift’s Fearless (Taylor’s Version) re-enters at Number 9.

Outside the Top 10, Sugababes’ 20th anniversary re-release of debut album One Touch manages to outperform the Number 26 peak of the original, debuting at 18, while prog-rock group Yes are new at 20 with album The Quest. At 23, US rapper Meek Mill arrives with fifth album Expensive Pain, while Tottenham MC Headie One’s new mixtape Too Loyal For My Own Goodlands at 26.

Following the exciting news of her return next week, Adele’s 25 rebounds into the Top 40, zooming 28 places to Number 27.