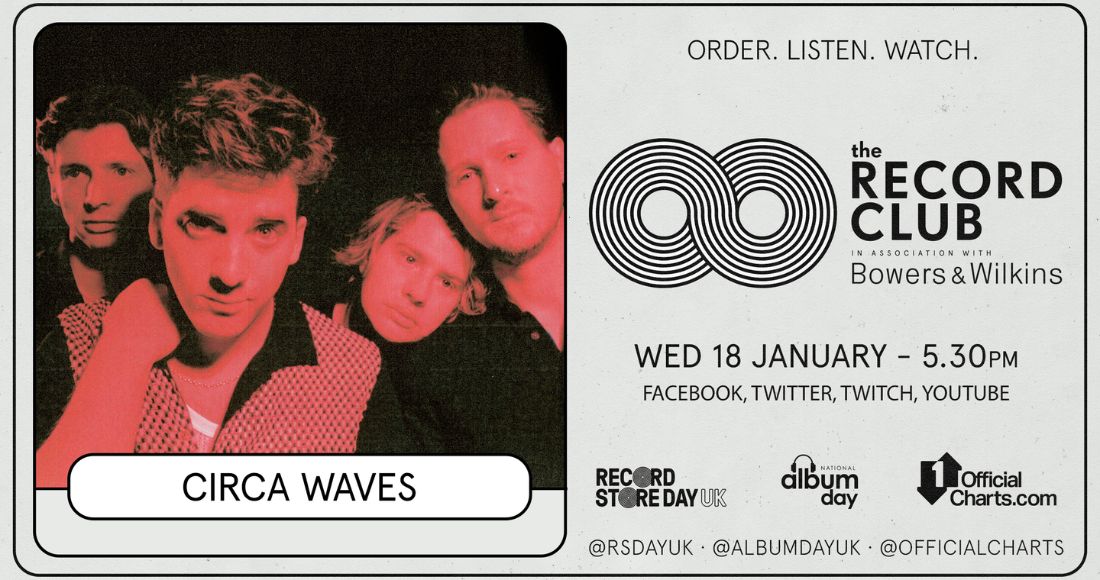 Circa Waves have been announced as the first guests on The Record Club for 2023.

Originally formed in Liverpool in 2013, Kieran, Sam, Colin and Joe have just dropper their fifth album Never Going Under via Lower Third Records.

Their first album in nearly three years, Circa Waves' new record sees frontman Kieran take control of both lyricism and production in what's been called their most personal album yet, written during the pandemic and coinciding with the birth of Kieran's first child.

The band will be joining BBC Radio's Jess Iszatt for an exclusive sit-down chat across The Record Club and Official Charts socials next Wednesday (January 18) at 5.30pm.

Fans are also encouraged to submit their own questions live on-stream in the chat boxes as we'll be putting the best ones to them live - with one lucky fan whose question is asked winning a pair of snazzy Bowers & Wilkins headphones.

Set your reminder here for The Record Club with Circa Waves