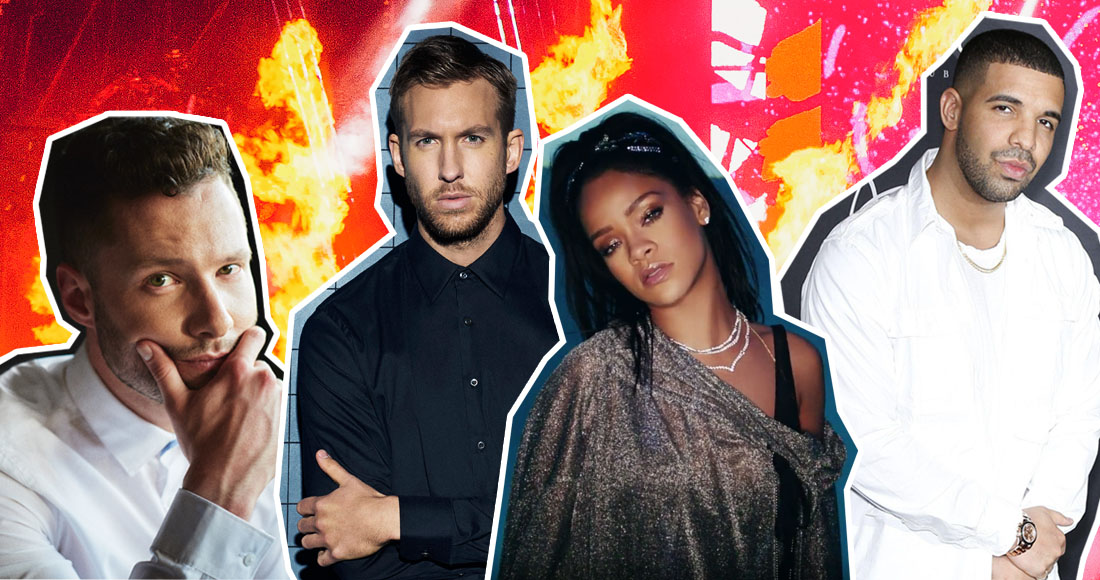 As the summer months draw to a close, Official Charts can reveal what songs have been sound-tracking the season with the UK’s Official Top 40 Biggest Songs Of Summer 2016.

Topping the overall list, based on combined sales and streams between June and August, is Drake’s One Dance. The song logged a mammoth 15 weeks at Number 1 on the Official Singles Chart (eight of which fell in the June to August ‘Songs of the Summer’ period) and notched up 654,000 combined chart sales.

One Dance was also the biggest track of the summer based on streams alone, a streaming phenomenon logging 51 million plays during the period – 12 million more than the second most-streamed song, his Rihanna collaboration Too Good.

What’s more, this week sees Drake become only the second act in UK chart history to cross the 100 million streams milestone with a track; One Dance follows in the recent footsteps of Justin Bieber’s trio of record-breaking singles Sorry, What Do You Mean and Love Yourself that crossed the 100 million streams barrier earlier this year.

See all of Drake's biggest songs and albums on his Official UK Chart history.

When it comes to sales alone, Calum Scott’s Dancing On My Own proved popular across download stores, notching up 271,000 downloads between June and August.

The former Britain’s Got Talent contestant has been in the upper echelons of the Top 40 for the last eight weeks with his cover, which was originally a Top 10 hit for Robyn in 2010. Initially self-released, the track’s success has since seen him sign a deal with Capitol Records.

Calum told Official Charts: “I'm sat in a studio in Dublin with half of Kodaline helping me write my debut album and I receive an email from my manager to say I have the biggest sales-based song of the summer. It just continues to make me feel that this is just a dream and I am going to wake up in the day job I was at just last year, wishing for this to come true.

"I am absolutely over the moon at this news and just goes to show the incredible support from fans new and old! Literally on cloud nine!!!! I want to say a massive thank you to everyone who has bought their copy of Dancing On My Own! Sick life!"

Back on the overall combined list, Kungs finishes in second place with his remix of Cookin’ On 3 Burners’ This Girl (562,000 chart sales), and Calvin Harris and Rihanna’s This Is What You Came For is third on 531,000.

French producer Kungs told of the song’s success: “It’s such an amazing feeling to be up there alongside names like Drake and Calvin. I’m so thankful to all the UK people who’ve danced and had fun to This Girl this summer, I just can’t wait to show you some brand new stuff in the next few months!”

The highest placed song on the list that didn’t break the weekly Top 10 is Ariana Grande’s Into You at 18, which peaked at Number 14 on the Official Singles Chart, followed by breakthrough star Dua Lipa with Hotter Than Hell at 22, which reached Number 15 on the weekly Top 40.

Glastonbury buzz act Christine & The Queens makes an entry at 37 with Top 20 hit Tilted, while Pink rounds off the summer Top 40 with her single from the Alice Through The Looking Glass film, Just Like Fire.

The Official Top 20 biggest selling songs of 2016 (based on physical and digital sales only) are...