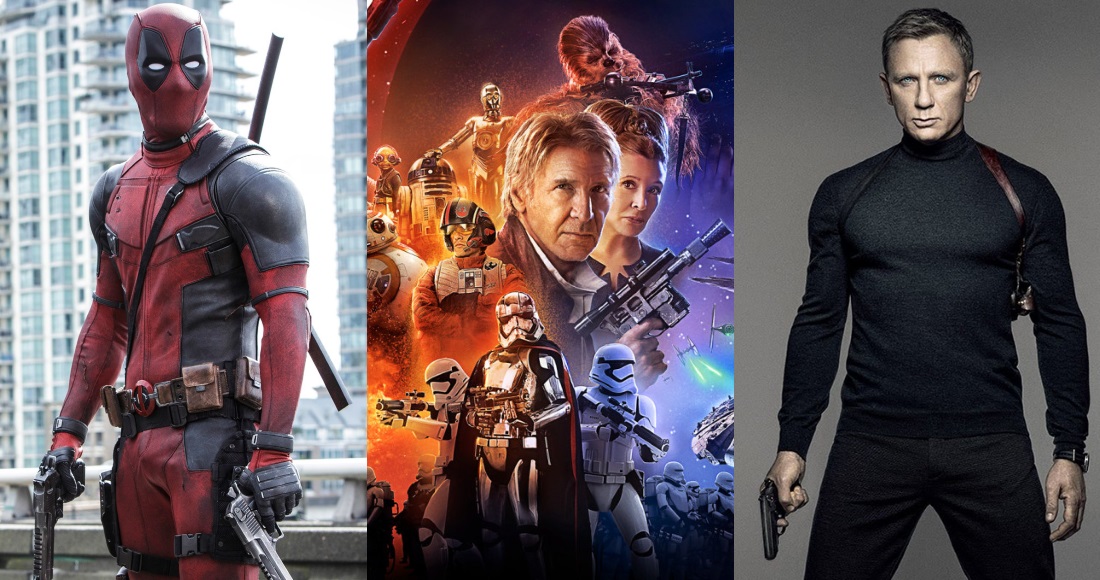 2016 was a huge year for the home entertainment market, with several big DVD and Blu-ray releases passing one million sales.

Leading the pack was Star Wars: The Force Awakens, a record-breaking release from May, which finished the year with a staggering 1.954 million units purchased. The film was the fastest-selling movie of the year on DVD and Blu-ray, shifting a whopping 1.189 million copies in its first seven days on the market.

In the process, The Force Awakens became the fastest-selling Blu-ray release ever with 531,949 sold in its first week. On top of that, after 2.3 million of you picked up the blockbuster via either physical or digital methods, the flick is the biggest entertainment product of the year, outselling any music or gaming title.

The runner-up when it comes to the movies you added to your collections this year? Spectre, the latest James Bond story. Selling just shy of a million units in week one, the Daniel Craig epic has gone on to boast sales of 1.5 million.

In third place in the 2016 stakes is Deadpool, the antihero X-Men spin-off starring Ryan Reynolds. An Official Video Chart Number 1 for three weeks in a row, the movie is the biggest superhero release of the year with 903,000 sold.

A staple in the Official Video Chart Top 10 for months on end, Dame Maggie Smith’s The Lady in the Van is the fourth biggest seller, notching up sales of 718,000. Landing in fifth is Tom Hardy’s Legend, which was picked up by 701,000 of you in 2016.