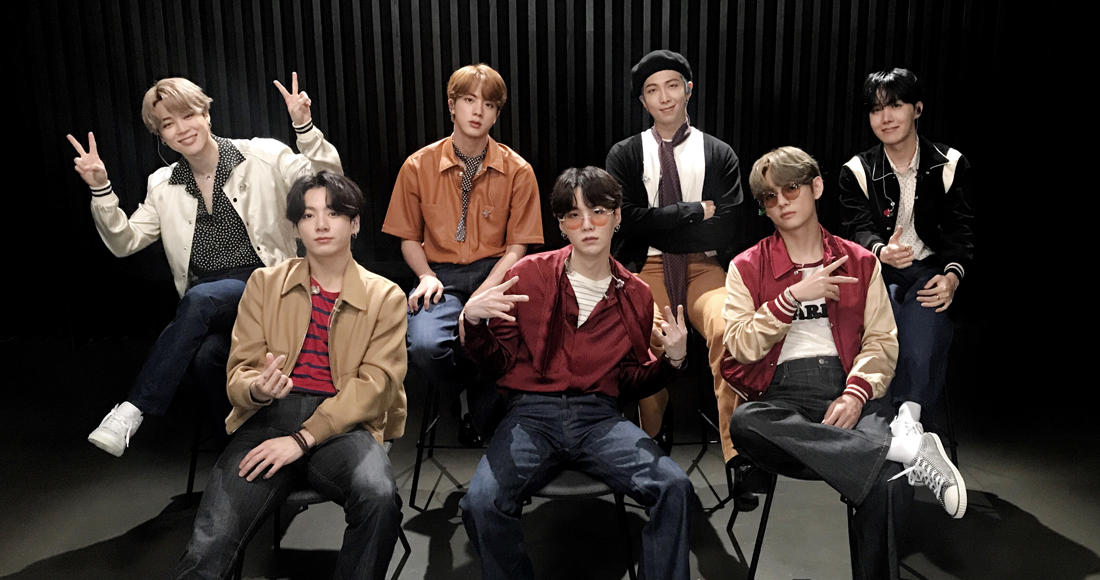 BTS have been named as 2020's IFPI Global Recording Artist of the Year, an annual honour that recognises the most popular act in the world based on streaming and sales, including vinyl, CDs and downloads.

The K-pop phenomenon are the first Korean act to bag the prize, as well as the first act to top the list who perform primarily in a language other than English. BTS finish ahead of last year's winner Taylor Swift.

The award from the international trade body for the recording industry comes after a thunderously successful year for BTS, who scored multiple accolades for their Map Of The Soul: 7 album, which reached Number 1 in more than 20 countries, including the Official UK Albums Chart.

The group's 2020 single Dynamite - their first ever recorded fully in English - topped the charts in the US and became their biggest UK hit to date at Number 3, as well as smashing YouTube and Spotify records.

BTS rounded off 2020 with the release of BE (Deluxe Edition), a response to the global pandemic that hit Number 1 in over ten countries, and landed at Number 2 in the UK.

Frances Moore, CEO of the IFPI, said: “BTS are a global phenomenon. They have had another outstanding year, releasing three albums, and continually finding creative and engaging ways to share their story with the world. They truly show the power that music has to bring joy and happiness to people the world over.

“We would like to congratulate RM, Jin, SUGA, j-hope, Jimin, V and Jung Kook and we are excited to see what they have in store next.”

Behind BTS on this year's Global Artist Top 10 are two-time winners Taylor Swift and Drake, who both finish in top three for the fourth time in the last five years.

Meanwhile, The Weeknd takes fourth place after landing the biggest song of 2020 with Blinding Lights, and Billie Eilish celebrates a second consecutive year in the Top 5.