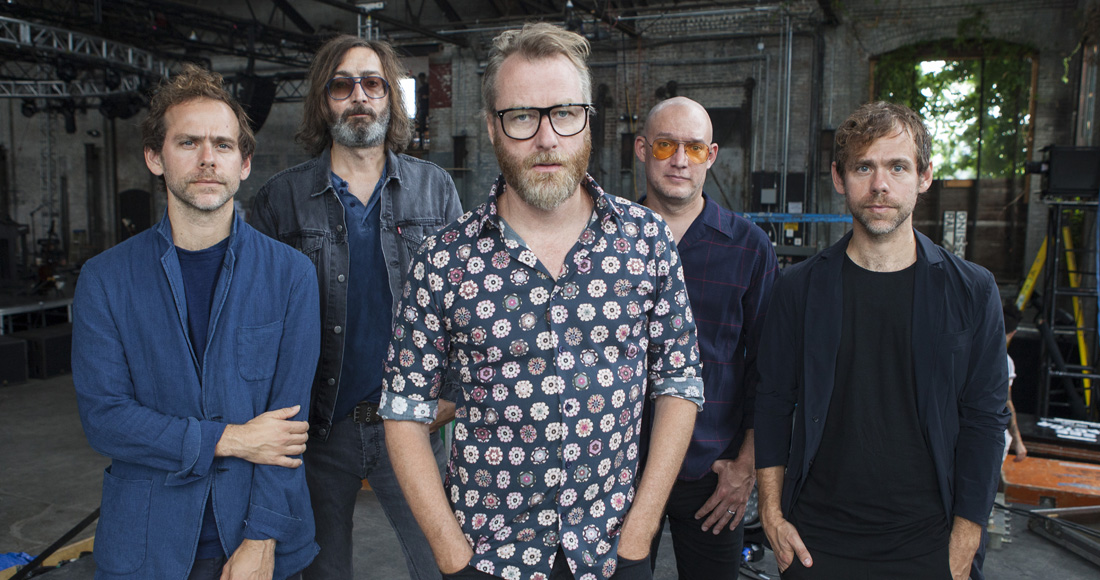 The National can rest easy tonight as today sees them score their first Number 1 on the Official Albums Chart.

The Ohio indie rockers’ seventh album debuts straight in at the top, marking their first ever chart-topper and beating their previous best of Number 3 with 2013's Trouble Will Find Me.

The band told OfficialCharts.com: "Thanks UK for our first Number 1 record! It means a lot."

Sleep Well Beast is The National’s fourth album to chart in the UK – check out their full Official UK Chart history here.

The band hold off competition from Nothing But Thieves' second album Broken Machine, which is new at Number 2, and Ed Sheeran’s ÷ slips a place to 3.

Neil Young lands his eighth Top 10 album with Hitchhiker, new at 6, and Sparks celebrate their first Top 10 in more than 40 years with Hippopotamus at Number 7. It’s the second highest-charting album of the US art-rock duo’s career, behind 1974’s Number 4-peaking Kimono My House.

The Waterboys also make a successful return this week, back in the Top 10 after almost 25 years with Out of All This Blue at 8, while Jack Savoretti's reissue of 2016 album Sleep No More just misses out on a top tier placing at 11.

Further down, Tori Amos lands her 13th Top 40 album with Native Invader at 16, Sam Smith's debut In the Lonely Hour zooms 51 spots back up the chart to 20 in anticipation of his upcoming second album, and singer-songwriter Nick Mulvey’s Wake Up Now enters at 25.

Look back at every Official UK Number 1 album of 2017 so far below: