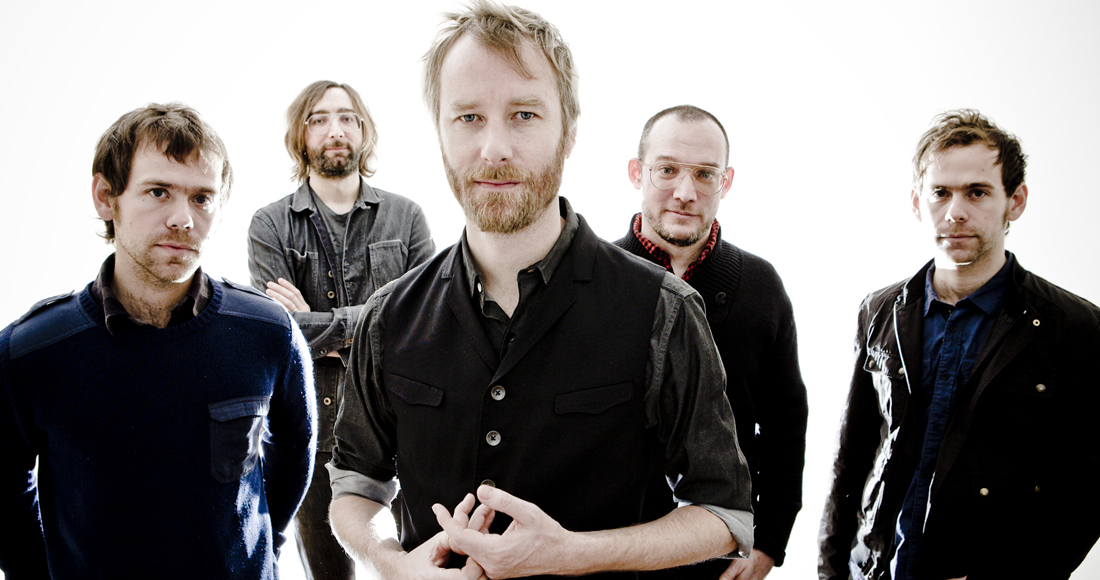 The National could have something to treasure – the American indie rockers are eyeing their first ever Number 1 on the Official Albums Chart.

The band's seventh album, Sleep Well Beast, is on track to claim the top spot this week, which would beat their previous best of Number 3 with 2013's Trouble Will Find Me.

Their nearest rival is a new entry from Nothing But Thieves' second album Broken Machine at Number 2, which currently trails by over 6,000 across physical, digital and streaming equivalent sales, and Neil Young is on track for an eighth Top 10 album, as Hitchhiker starts at 3.

Sparks are in with a shot at their first Top 10 album in over 40 years, with. Hippopotamus landing at Number 6 on today's Update. Last time they appeared in the Top 10 was November 1974, when Propaganda went in at Number 9.

The Waterboys could also be back in the Top 10 after a long gap, almost 25 years, with Out of All This Blue at 8, and Tori Amos's Native Invader is new at 9 – a 19-year absence from the Top 10 for her.

Jack Savoretti's reissue of 2016 album Sleep No More is at 11, Canadian indie pop band Alvvays are set for a UK chart debut with Antisocialites at 14, and American rockers Alter Bridge start at 16 with their Live At The O2 + Rarities double album.

Singer-songwriter Nick Mulvey is on track for a second Top 40 with Wake Up Now, at 18, Swedish death-metal band Arch Enemy go in at 19 with Will To Power, and following the release of his new material, Sam Smith's debut In the Lonely Hour zooms 46 spots back up the chart to 25.

American country-pop crossover Thomas Rhett is in line for a new personal best with Life Changes at 26, Jack Johnson's All The Light Above It Too is new at 27 and pop legends ABBA bounce 10 places to 30 with their classic hits retrospective Gold.

Linkin' Park's Hybrid Theory returns to the Top 40 at 36, and also enjoying a renaissance is Paramore's After Laughter, which rockets 60 places to 39.