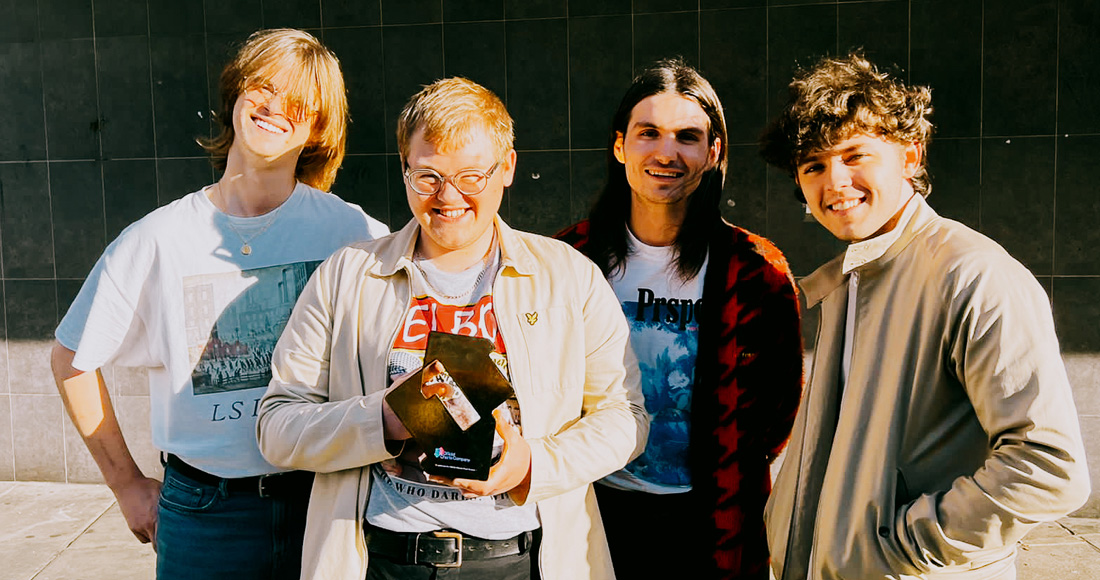 The Lathums complete their rise to the top as their debut album How Beautiful Life Can Be enters straight in at Number 1 on the Official Albums Chart, the Official Charts Company can confirm.

The Wigan indie band’s chart-topping debut comes as Official Charts and UK record labels association the BPI today reveal that 2021 is on course to be the best year for new British groups in well over a decade, with a new wave of guitar bands drawn from all over the UK breaking though - enjoying a high arguably not seen since the rise of the likes of Arctic Monkeys, Kaiser Chiefs and Keane in the mid-Noughties.

The Lathums, who have enjoyed a steady rise to fame over the past year, finish ahead of another group, Public Service Broadcasting, who enter at Number 2 with Bright Magic ­– the London group’s highest-charting collection to date and the best seller of the week in independent record shops.

Celebrating their chart-topping debut, The Lathums’ frontman Alex Moore told OfficialCharts.com: "We’re four friends from Wigan who just love making music and are at Number 1 with our debut album, it’ll take a while for this one to sink in.

"It proves what’s possible for young, British artists with a pure-at-heart ambition to reach people with songs like ours, making friends every step along the way and finding that dreams can come true. How Beautiful Life Can Be is about seeing the good in things, holding on and coming through difficult times with a smile at the end. Today our smiles couldn’t be any wider. Thank you.”

New BPI analysis today shows that The Lathums’ chart-topping success means that so far in 2021, British bands have ruled the Number 1 spot on the Official Albums Chart for 11 out of the 39 Official Chart weeks – that’s well over a quarter (28%).

Other British bands that have recently enjoyed breakthrough success include West Lothian band The Snuts, who back in April became the first Scottish band to score a Number 1 debut album since 2007, plus Leicester’s Easy Life and Londoners Sports Team, while Oxford-based Glass Animals have had hundreds of millions of streams of their global hit Heat Waves. Read more on how 2021 is on course to be the best year for new British groups in well over a decade here.

Further down, US alt-rockers Angels & Airwaves are new at 17 with their sixth album Lifeforms, Nirvana’s Nevermind rebounds 40 places to 28 on its 30th anniversary, mysterious metal band Sleep Token enter at 39 with their second record This Place Will Become Your Tomb, and MoStack bows at 40 with mixtape High Street Kid 2.