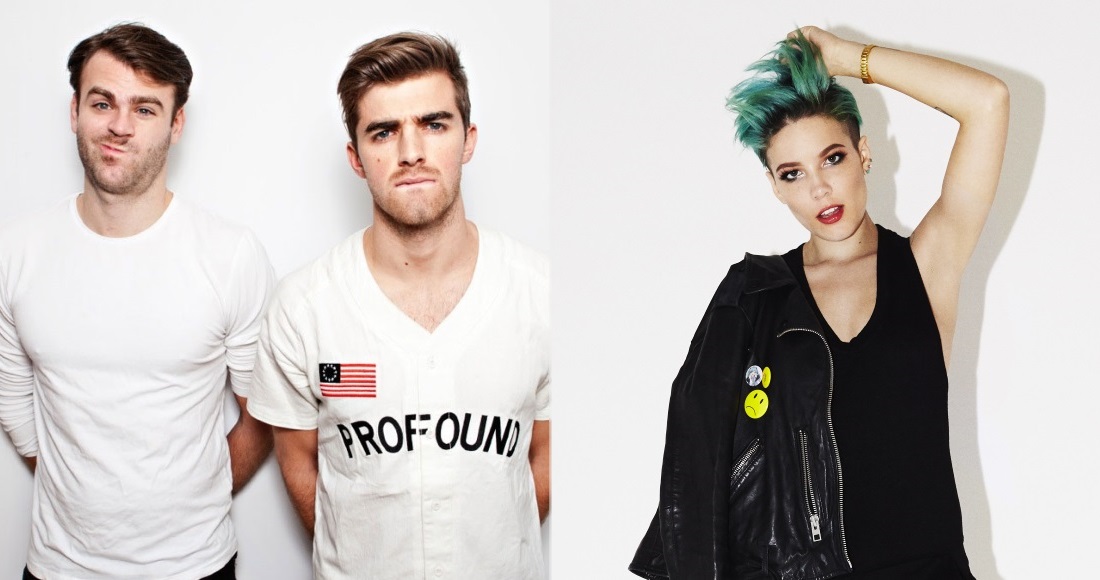 The Chainsmokers and Halsey have evaporated Major Lazer's Cold Water, securing their first Number 1 single in the UK.

Closer - which is already Number 1 in both Australia and the United States - finished the week on 80,000 combined chart sales and was the most purchased track of the week. The single was also the second most streamed entry on the chart.

The Chainsmokers exclusively told OfficialCharts.com: "Well this is awesome 'cause I (Alex) have a lot of family in the UK that don't have a clue what I have been doing for the last 10 years so this will make waves during the holidays this year.

"But in all seriousness this is an amazing achievement for us. We are beyond grateful at all the support from our UK fans and radio stations; as a relatively new artist, it means a lot to us and gives us a lot of confidence in the music we have coming up!"

DJ Snake and Justin Bieber's Let Me Love You holds firm at 2 for the fourth straight week and after five weeks at Number 1, Cold Water from Major Lazer ft. Justin Bieber and MØ drops two spots to Number 3, although it remained the most streamed song from the past seven days.

Rounding out the Top 5 is this summer's biggest selling single Dancing On My Own by Calum Scott, and a non-mover at 5 for twenty one pilots' Heathens.

Tieks and Dan Harkna's Sunshine is a high climber of eight places this week, landing at Number 15. Anne-Marie's Alarm rises to a new peak of Number 16, up three places and is closely followed by Martin Garrix and Bebe Rexha's In The Name Of Love, which enjoys a seven place boost to Number 17.

The LVNDSCAPE and Bolier remix of Bob Marley's Is This Love is up a whopping nineteen places to this week's Number 20, while Snakehips and Zayn's Cruel is also the recipient of a big leap - it's up seven spots to 34.