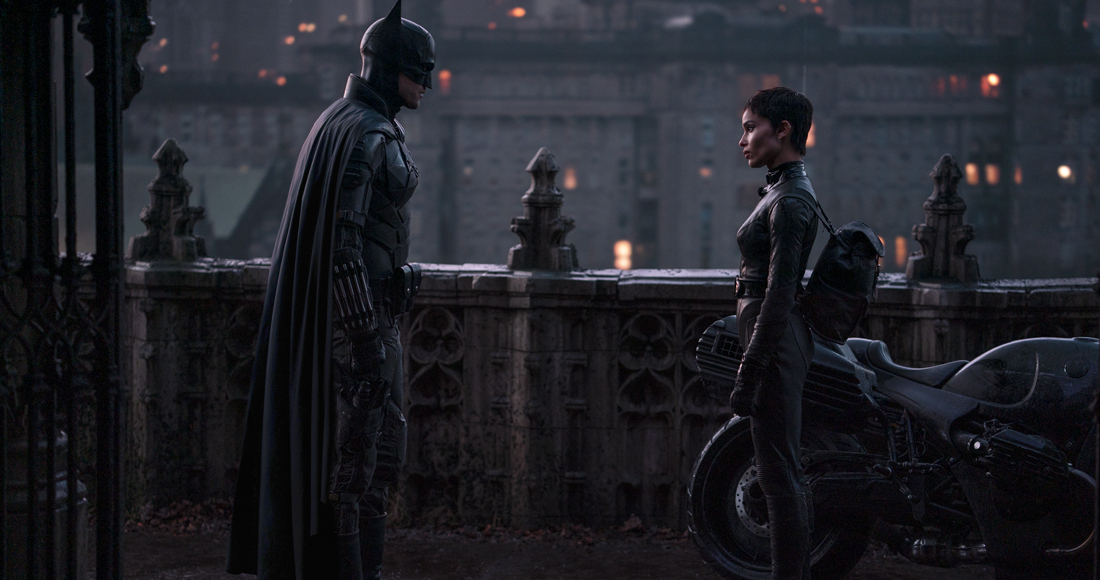 The Batman reclaims Number 1 on the Official Film Chart following its release on DVD, Blu-ray and 4K UHD.

Claiming the second-highest opening week on disc of the year so far, The Batman earns nearly double the sales of its closest competition, as it makes its triumphant return to the Official Film Chart throne and earns an impressive 93% of its final tally on physical copies, including 22% on 4K UHD.

Brand new at Number 2 is this week’s highest new entry, video-game sequel Sonic the Hedgehog 2 - once again starring James Marsden and Jim Carrey, plus the voice of Ben Schwartz as Sonic - which races in on digital downloads only – claiming the biggest title of the week on the format and finishing well ahead of former Number 1, Top Gun at Number 3.

Also brand new this week is Morbius, which takes Number 4 on digital downloads only. The Marvel story, starring Jared Leto and Matt Smith, sees Leto star as the eponymous biochemist who inadvertently infects himself with a form of vampirism while trying to cure his own rare blood disease.

Dune (5) climbs two to land just ahead of British biographical comedy-drama The Duke (6), which climbs six to enter the Top 10 for the first time. Based on a true story, The Duke stars legendary actor Jim Broadbent as a taxi driver, Kempton Bunton, who steals Goya’s painting The Duke of Wellington from London’s National Gallery back in 1961.

Finally, several chart mainstays hold their place in the Top 10. The Matrix Resurrections (7) drops three, No Time To Die holds on to its place (8), dropping six is animated sequel Sing 2 (9) and Spider-Man: No Way Home stumbles down four (10).