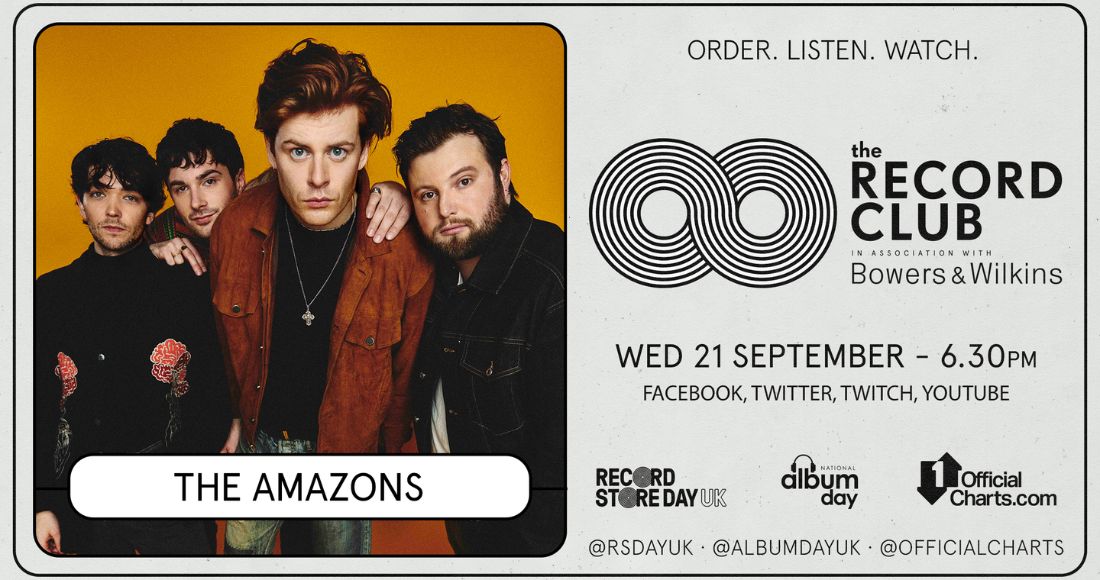 The Amazons have been announced as the guests for the next episode of The Record Club with Bowers & Wilkins.

The British rock group - who hail from Berkshire  - have issued their third album, How Will I Know If Heaven Will Find Me, which could become their highest-charting record in the UK to date.

Fans are encouraged to tune in live and ask questions - we'll be putting a selection to the pair during the stream. If yours is asked during the chat you could be in with a chance to win a pair of Bowers & Wilkins headphones.