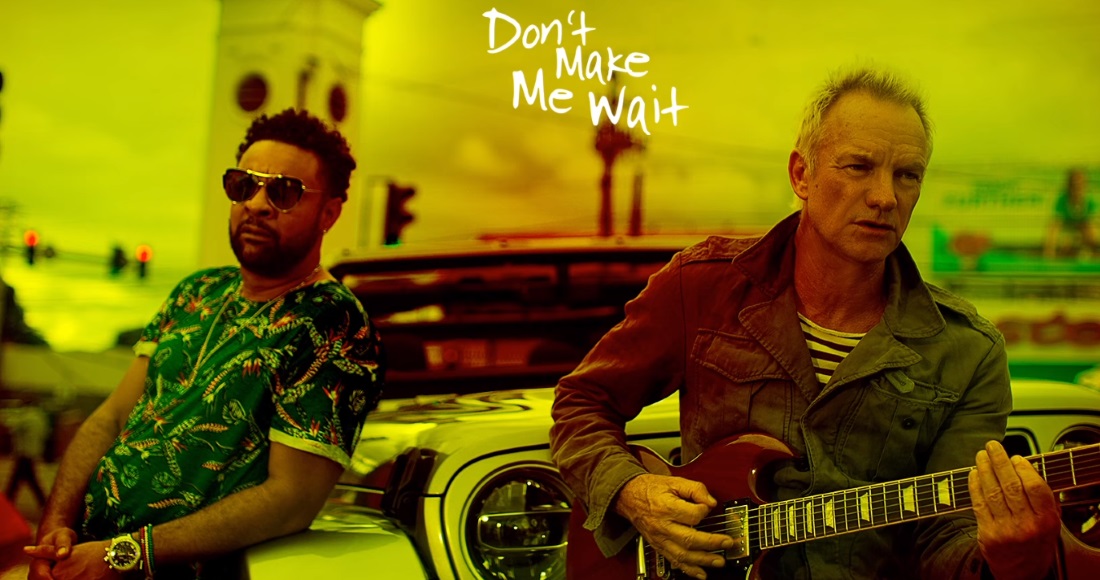 Well this is unexpected.

Sting and Shaggy are releasing a "Caribbean-flavoured" collaborative album titled 44/876, released on April 20.

The pair have been recording together since last summer, and their first single titled Don't Make Me Wait impacts on this week's #NewMusicFriday.

Don't Make Me Wait was debuted earlier this month at a Shaggy & Friends charity concert in Jamaica, and you can now hear the studio version of the track below.

Shaggy and Sting have been posting pictures across their social channels for the last few weeks, hyping the unlikely release. While their pairing is completely unexpected, the pair like that they are shocking people. Sting told Rolling Stone: "Everybody is surprised by this collaboration – by what they're hearing. We're surprising. The most important thing to me in any kind of music is surprise."

Sting is no stranger to curveball collaborations. Who can forget Rise & Fall, his Number 2 hit with Craig David?

Sting's last album 57th & 9th was release in November 2016 and peaked at Number 15. Meanwhile Shaggy will look to return to the Official Albums Chart Top 40 for the first time since 2008.