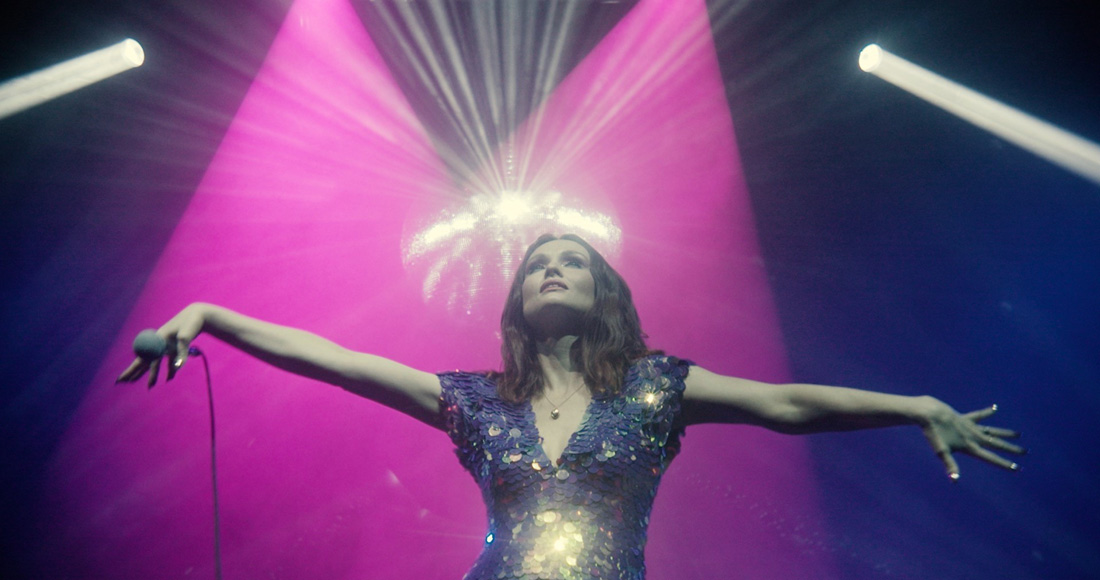 Sophie Ellis-Bextor's has, for pop fans, been a light during the darkest days of this year.

The singer-songwriter's Kitchen Disco - on which she performed her dance-pop hits on Instagram during the UK's first lockdown back in May - has been pulled together into a best-of album, featuring her biggest uptempos and disco covers performed during her sets. Having opened up her home (or the back end of her kitchen at least) to the public, she's happy to admit life is as cheerily chaotic as it appears on social media.

When is your favourite time to listen to music?

"Pretty much all the time, any time - and often a bit too early in the day. My tiniest one Mickey - he’s one – he’s obsessed with music, in particular a song called Bad Boy by Wiz Khalifa. It’s really dancey, slightly vulgar, and he loves it. He’ll ask to play it at 7 in the morning. That’s the problem with having an Alexa… I don’t always want to listen to Jennifer Lopez’s Let’s Get Loud at 6.30am, you know? The Alexa in our house works hard."

What is the nicest thing you own?

"I don’t own much that’s valuable, I collect quite a lot of rubbish really. The nicest thing is probably my piano. It’s an old Steinway and I’ve had it for a really long time. I'm looking at it now and I’ve just noticed it’s got a bit of pen on one of the keys. I always feel like having a piano makes a house a home. That’s a sign of being a grown up, isn’t it?" 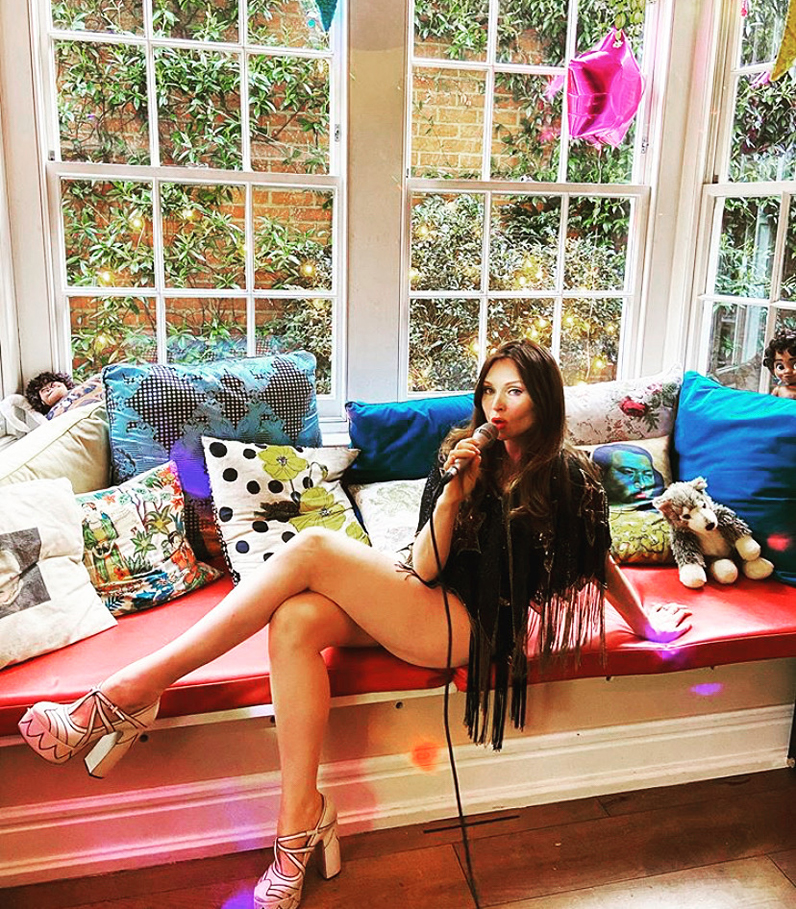 What is your earliest music memory?

"When I was really small my dad helped me make a compilation video of music videos that I loved. Things like Mickey by Toni Basil, Bedsitter by Soft Cell and this weird novelty record called Fish Heads by Barnes & Barnes, and Stand And Deliver by Adam & The Ants. I used to be fascinated with all these things and watch them round and round on a loop. I was probably 3 years old."

"It’s Ray, my eight-year-old, who had this phase of going headlong into dressing up and using body paint. It’s him completely blue as a Smurf wearing my white tights. I made the hat for him out that cloth bag you get when you buy a pair of fancy shoes. For me, fancy dress is a challenge I take very seriously."

You’ve been in the music industry for over 20 years now - any embarrassing moments?

"Absolutely billions of them. The first was when I went to Australia for promotion and Ronan Keating was also out there. We’re on the same label and at the time he was asking if I’d like to do a duet on his new record and I’d just brought out my first album, so very politely I said now wasn’t the time.

"He messaged me in Australia and asked if I would perform on stage with him but I’d only just arrived and was really jet lagged, so I said no for now. I turned up at the gig – he was performing at this massive arena with 15,000 people - and as I sat down he said, ‘I hear Sophie’s here – I asked her to do a duet with me but she says she was too busy.’ I was properly mortified - I still think about it."

What personality trait about yourself annoys you the most?

"I don’t think I’d be able to live with myself, I think I’m probably really annoying. It’s when I think I’m right about something and I can be a bit annoying about being right. That’s not a nice trait. I’m sure my kids would agree with that. I’m also quite messy, scruffy around the edges – starting projects and walking away from them. Although, I’ve got better at that as I’m now raising other people with the same trait so I’m trying to set a good example."

Which is the best Sophie Ellis-Bextor song?

"The song I’m most proud of is Youngblood. It’s a more romantic song for me. It’s all very lovely to do the slightly arched eyebrow, sheeny-pop dance stuff, but it’s been really nice to write a song that was a bit more honest and open. I really enjoy singing it as a result because it’s been a nice colour to add to my palette."

And your least favourite?

"This is easy for me. It’s a song called I Won’t Change You. If I’d had access to the backing track I would have sung it during the Kitchen Disco, but god knows what happened to my second album. I think Universal lost the masters because I have hardly any backing tracks from that record, which is really annoying.

"The lyrics in the second verse are really bad: ‘I used to change my style like I changed my mind / I tried to change a tyre but I'm not that way inclined / Tried to change my figure, my diet too / I'll still change my underwear if that's okay with you.’ They weren’t even holding lyrics; all I remember is that I’d just started going out with Richard, I was very distracted… I thought, I’ll do a song with comedy in it, but comedy is tricky, isn’t it? I feel bad because I think the chorus deserved a better verse, I don’t mind the chorus at all. The video is pretty cringey as well. That blonde hair!"