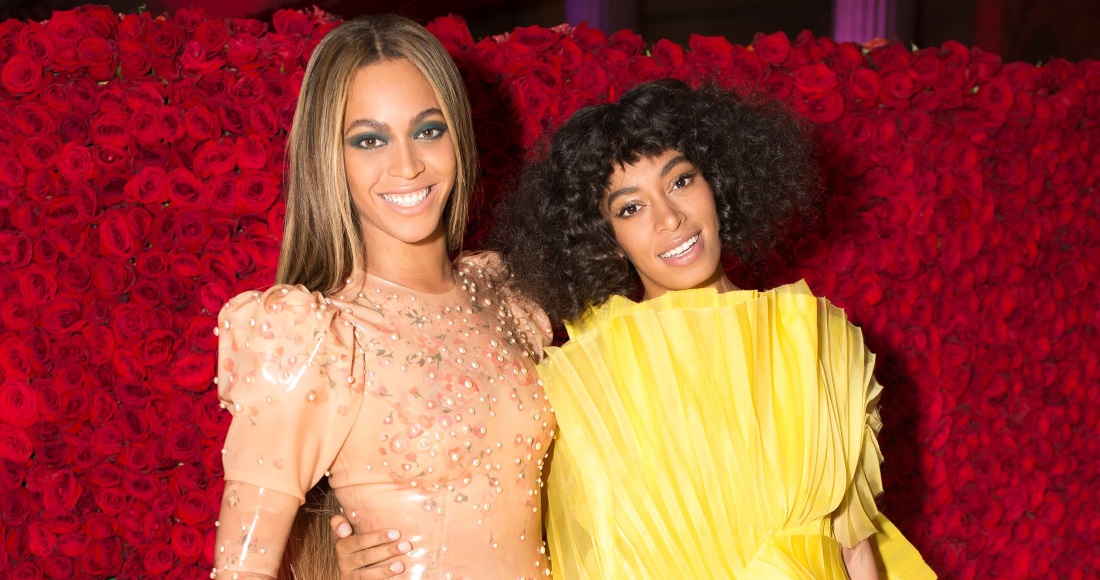 Solange Knowles has reached Number 1 on the Billboard 200 albums chart in the United States, equaling history set by Janet and Michael Jackson in the process.

Solange's A Seat At The Table is her first chart-topper, totaling 72,000 combined chart sales, 41,000 of which were traditional album sales. Solange finishes just narrowly ahead of Bon Iver's 22, A Million by 1,000 copies, leaving the American folk group to settle for the runner-up slot in the US, UK and Australia.

Solange's feat means that her and her sister Beyoncé become only the third set of siblings (and the first set of sisters) to both achieve Number 1 albums in America, the last of which were rappers Master P and Silkk the Shocker who managed the rare feat after Slikk's album Made Man reached the top of the heap in 1999.

Solange and Beyoncé are also only the second set of siblings to score Number 1 albums in the same year. The others were Michael and Janet Jackson who hit the Billboard 200 helm with Invincible and All For You in 2001. Beyoncé's album Lemonade is one of 2016's fastest-selling worldwide.

Elsewhere on the Billboard 200, Drake's Views sits at Number 3, the Suicide Squad soundtrack continues to perform well at Number 4 and the Red Hot Chili Peppers' The Getaway leaps from Number 24 to Number 5 after the album was bundled with tickets to upcoming US shows.