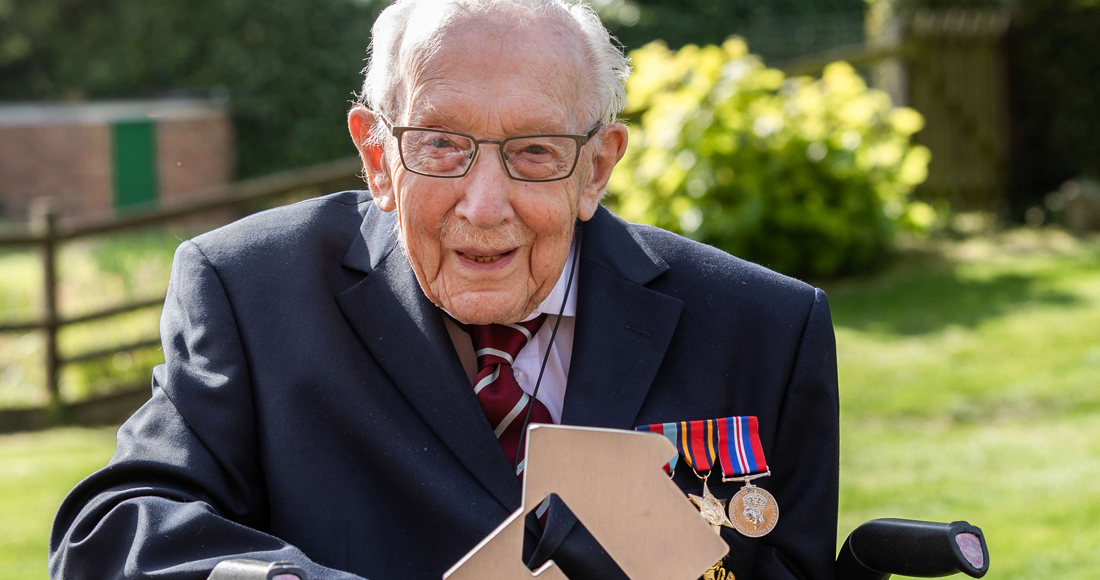 According to Official Charts Company data, sales and streams of the song have surged 1864% week-on-week after it was announced the war veteran and one-man fundraising machine had died on Tuesday (February 2). You'll Never Walk Alone re-enters at Number 10 on this week's Official Download Chart.

Moore's rendition of the song, made famous by Gerry and the Pacemakers in 1963, was recorded with Michael Ball and the NHS Voices Of Care Choir. It debuted at Number 1 last April and set a record, with Moore being the oldest person to land a chart-topping single on the Official UK Singles Chart.

Proceeds from the single go to NHS Charities Together, for which he raised more than £33 million for by walking 100 laps of his garden before his 100th birthday during the first UK lockdown.

In a statement on Twitter, his family said they would be "taking part with huge love in their hearts for their father, grandfather and father-in-law".