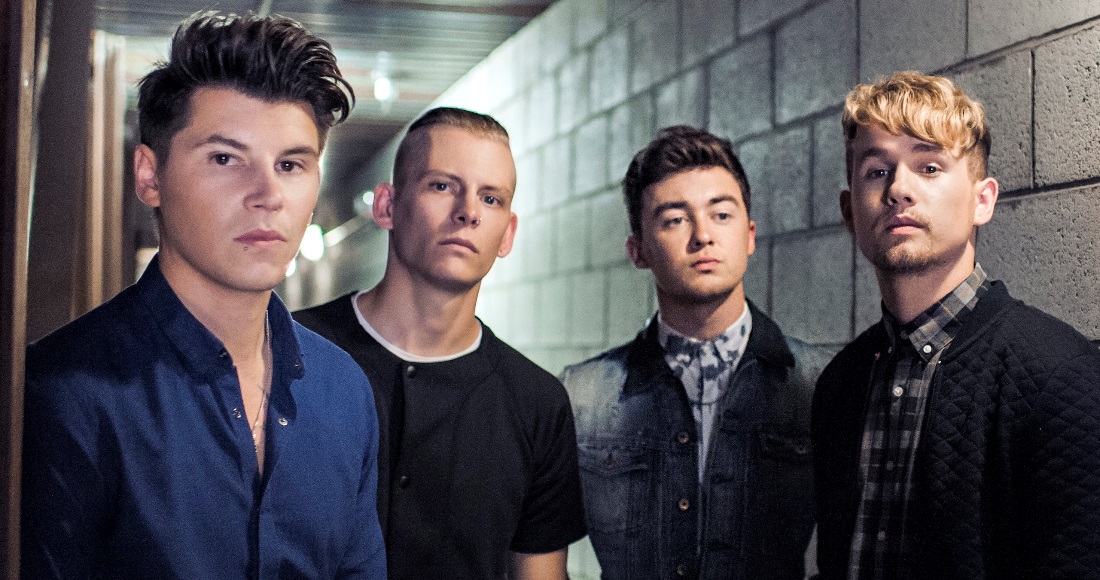 It’s not been a bad old year for Rixton. Their debut single Me And My Broken Heart went straight to Number 1 on the Official Singles Chart last July and since then the group have supported Ariana Grande on her The Honeymoon Tour, played Wembley Arena, Madison Square Garden and written and recorded their debut album Let The Road – out in the UK on June 15.

With new single We All Want The Same Thing – in which Jake credits his impressive vocal range to "tight pants" and "watching a lot of Prince videos" – out next week, we asked the boys to size up their competition.

Danny: "It’s massive in America"
Jake: "This is huge in America! It’s throwing it back. I love it and I think it’s relatable."

Is this the sort of song you’d dance to 'in da club'?

All: "Absolutely!"
Lewi: "We’d be getting our grind on round our handbags."

What do you think of the nod to Whitney Houston’s I Wanna Dance With Somebody and LMFAO’s Shots?

Jake: "I don’t like it. It’s got a weird vibe. The beginning bit is lovely, then it goes off and it sounds nothing like him, [The beat drops] where you off to Adam? Come back!"

What do you think the song is about?

Charlie: "It’s about ghost towns."
Jake: "He mentions Hollywood and James Dean and Elvis Presley - he’s pretty much saying Hollywood is dead. He had hope and a big dream and now it’s just a ghost town."

Fifth Harmony – Worth It (released June 21)

Are you guys 'worth it'?

Charlie: "Oh here we go, I like these! It’s actually a tune."
Jake: "They’ve stuck to their original formula of the nice little Rudimental chilled out vibe and then all of a sudden… [beatboxes]."
Lewi: "There’s a whole minute of build-up though. If I was putting this on, I’d have turned over by now."
Charlie: "You’ve got to be in the right frame of mind. It’s ambient."
Jake: "Ah I love it. Picture yourself, sat in the garden, BBQ’s on, sun going down."

Rudimental are festival staples; what are your Top 3 festival essentials?

Charlie: "I haven’t been to a festival since I was a kid!"
Jake: "Wet wipes."
Charlie: "Or a classic welly, that’s always good."
Jake: "And water... stay hydrated kids."

Ne-Yo’s had some absolute classics, what’s your favourite Ne-Yo track?

Rixton’s We All Want The Same Thing is out on June 7.