When Queen emerged in 1973 with their debut album, they immediately stood out from the pack of British rock bands.

Songs with infectious pomp, ear-catching lyrics and operatic harmonies proved there was more to them that your average rock band. Over the course of 14 albums (until Freddie Mercury's death in 1991) Queen delivered a near-impeccable run of hits on the Official Chart: 53 Top 40 singles, six of which went to Number 1. Look at Queen's complete Official Chart history here.

New Freddie Mercury biopic Bohemian Rhapsody - released in October - not only reminds longtime fans of the band's impact, but also showcases Queen's music to a new generation. The band's 1981 Greatest Hits is the UK's bestselling album of all time, but which of their songs finish top of the pile? Before we reveal Queen's Top 20 bestsellers, some highlights:

You're My Best Friend

This fairly straightforward love song was written by bass guitarist John Deacon for his wife and served as the yang to the yin of previous single Bohemian Rhapsody. The track was composed on an electric piano, when Freddie described as "tinny and horrible", but it nonetheless has "the desired effect". You're My Best Friend places 19th in their Top 20 bestsellers.

We Will Rock You

A song so powerful it features twice in their all-time Top 20, three times if you count its original release as the B-side to We Are The Champions. The two songs were designed to be performed together, and usually were, as demonstrated in their iconic 1985 Live Aid performance. In 2000 it was covered by Five, featuring Brian May on guitar and Roger Taylor on drums, and went all the way to Number 1. The original has never charted in its own right but has 262,000 download sales since 2004. 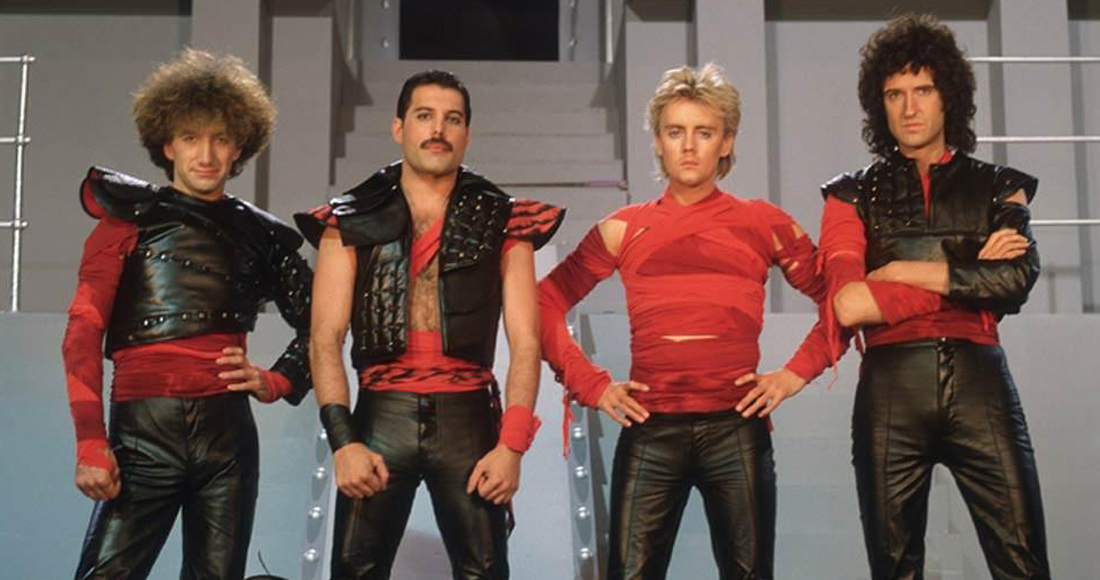 Queen's lead single from their Hot Space album came about from a random jam session with David Bowie. Although it was a joint project in terms of co-writing and producing, Bowie didn't perform the song until after Mercury's death, at a tribute concert in 1992. The song places third on their Top 20 bestsellers with 828,000 sales.

The only song to have made it to Christmas Number 1 twice. It first topped the Christmas charts in 1975 and pulled it off again 16 years later, after Freddie's death. As a result, it is one of the longest-reigning Number 1 hits of all-time. As well as being Queen's best seller, it's also one of the UK's biggest singles of all time, with 2.6 million pure sales. For comparison, We Are The Champions - their second best-seller - is on 962,000 sales.

The release of the Bohemian Rhapsody biopic has also given a healthy boost to Queen's music on streaming services. Rhapsody remains their most popular, with 50.4 million streams, followed by Don't Stop Me Now on 46.1 million plays.

Queen's Top 20 most streamed songs in the UK