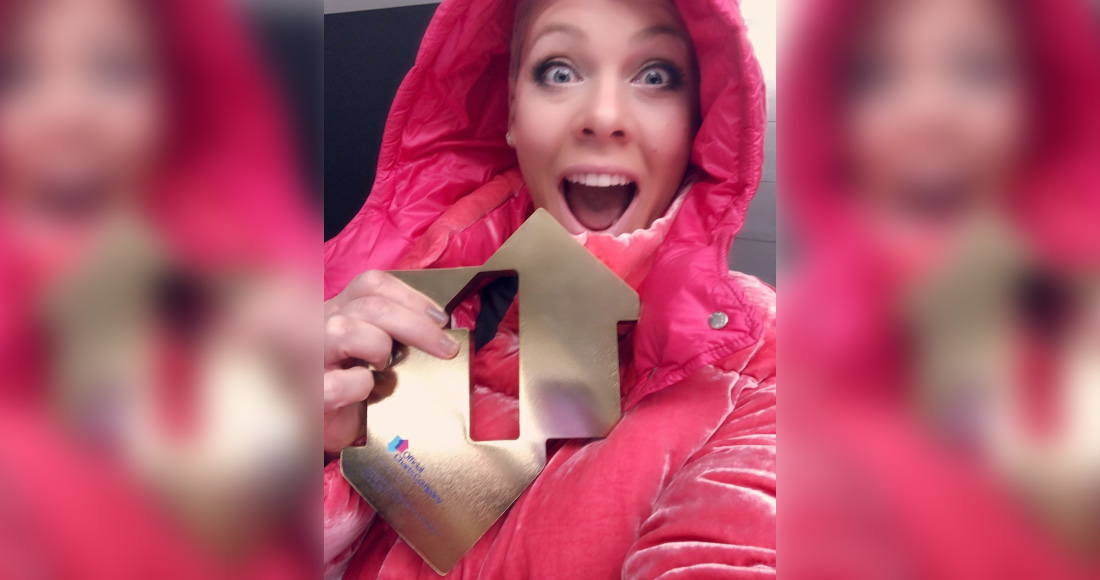 Congratulations to a clearly tickled Pink, who scores her third Number 1 album this week.

Hurts 2B Human Pink's eighth studio album goes straight in at the top of the Official Albums Chart, over 22,000 combined sales ahead of its nearest rival.

Pink, who took home the Outstanding Contribution to Music award at the 2019 BRITs, also lands the biggest week of digital sales of the year, surpassing Ariana Grande's Thank U, Next.

On hearing the news she was Number 1, a delighted Pink tweeted: "Beyond my wildest imagination..... thank you". See Pink's full Official Chart history.

Going in at Number 2 are Welsh rockers Catfish and the Bottlemen, with third album The Balance. One consolation at not getting the Number 1 – the band top the Official Vinyl Albums Chart.

Marina scores her fourth consecutive Top 10 album with Love + Fear, in at 5; actor and director Kiefer Sutherland's second country album Reckless & Me gives him a debut UK chart hit at 9, and the Cranberries land their first Top 10 album in 20 years with In The End, their final studio album following the passing of lead singer Dolores O'Riordan, is new at 10.

Folk rockers Bear's Den snare a second Top 40 album with So That You Might Hear Me, new at 13; and Jack Savoretti's Singing to Strangers breaks back into the Top 20 following his performance on ITV's The Sara Cox Show at the weekend, going up nine slots to 19.

The self-titled debut album from Peter Doherty and the Puta Madres, the latest project from the Libertines' and Babyshambles' Pete Doherty, starts at 25; Schoolboy Q nabs a third Top 40 with Crash Talk at 27; singer-songwriter Aldous Harding makes her UK Top 40 debut with Designer, in at 33; and following their performance on The Graham Norton Show, the Specials rocket 143 places to Number 35 with Encore.