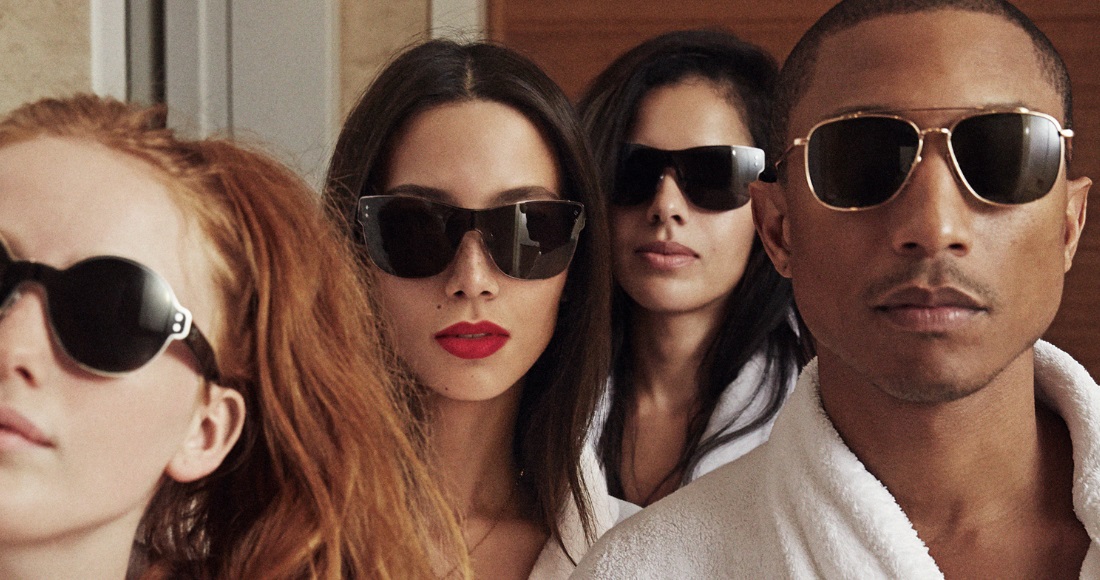 Man of the moment Pharrell Williams is on track to add a Number 1 album to his ever-growing list of UK chart accolades.

Pharrell Williams’ immaculate run of form shows no sign of letting up: after scoring his third UK million-selling single in twelve months last weekend with Happy, the US singer/songwriter and producer is on course to now also add a UK Number 1 solo album to his trophy cabinet this weekend.

G I R L, Pharrell’s much anticipated second solo album, is in pole position on today’s Official Albums Chart Update. According to the Official Charts Company’s sales data, it is currently outselling the rest of the Top 5 combined at this midway stage.

Should its momentum continue, G I R L will become Pharrell’s highest charting album in the UK to date: his 2006 debut solo album, In My Mind, peaked at Number 7 on the Official Albums Chart, while 2004’s Fly Or Die by his band N*E*R*D peaked at Number 4.

Ellie Goulding’s Halcyon climbs one place to Number 2 on today’s Update, while reigning chart kings Bastille are down two to Number 3 with Bad Blood. Arctic Monkeys also fall two places to Number 4 with AM, and Beyonce remains static at Number 5 with her self-titled album.

There are eight other new albums entries on today’s Official Chart Update:  Rick Ross is at Number 6 with his sixth solo album, Mastermind. The US rapper’s previous outing, God Forgives, I Don’t reached Number 8 in 2012.

Mike Oldfield is also headed for the Top 10 this weekend. The Tubular Bells star’s 25th album, and first new material in almost six years, Man On The Rocks, is new in at Number 7.

Following their recent success on the Official Singles Chart with Say Something FT Christina Aguilera, New York duo A Great Big World debut at Number 10 today with their first full-length, Is There Anybody Out There?