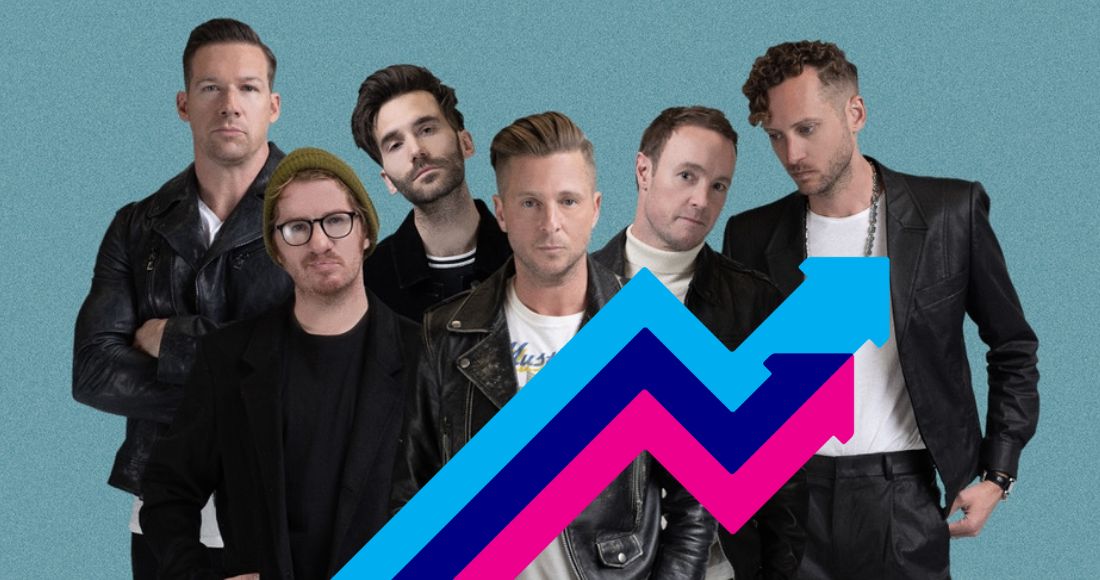 OneRepublic are certainly not worried about anything at the moment as they shoot to the top of the UK's Official Trending Chart.

I Ain't Worried is the band's highest-peaking single in the UK since 2014's Love Runs Out, which reached Number 4 on the Official Singles Chart. I Ain't Worried is currently sits at Number 14, and it must surely be eyeing up a jump into the Top 10 during the next few weeks.

The track's growing popularity here can be attributed to its inclusion in the original soundtrack for blockbuster action flick Top Gun: Maverick. Don't tell Lady Gaga, but I Ain't Worried is currently outperforming Maverick's lead track Hold My Hand, which is currently sat at Number 27.

You can discover more about OneRepublic - headed up by Ryan Tedder, who was written and produced tracks for the likes of Beyoncé (Halo), Ellie Goulding (Burn) and Ella Henderson (Ghost) - and their Official Charts history in full here.

MORE: The biggest hits Ryan Tedder has written for other artists

The highest new entry on the Official Trending Chart today comes courtesy of Calvin Harris, who teams up with the veritable supergroup of Justin Timberlake, Halsey and Pharrell Williams for Stay With Me, the latest single from his forthcoming Funk Wav Bounces Vol. 2.

Further down the chart there are more new entries from Arrdee and Kyla with Hello Mate, and Sam Fender's Alright, a new track he debuted especially for his recent headline gig at London's Finsbury Park.

There are several tracks that lift up by several places this week. The biggest jump comes from Steve Lacy's Bad Habit, up more than 20 slots, meaning it could well break into the UK Top 40 for the first time this week.

It's followed by Luude, looking to repeat the success of Down Under with new track Big City Life ft. Mattafix, Tom Santa's Ferrari and another Sam Fender track, Getting Started. Originally released physically as an exclusive for 2022's Record Store Day, it's now been made available on streaming for the first time.

2022 Armenian Eurovision entry Rosa Linn, whose Snap is charting in the UK for the first time thanks to (what else) TikTok!