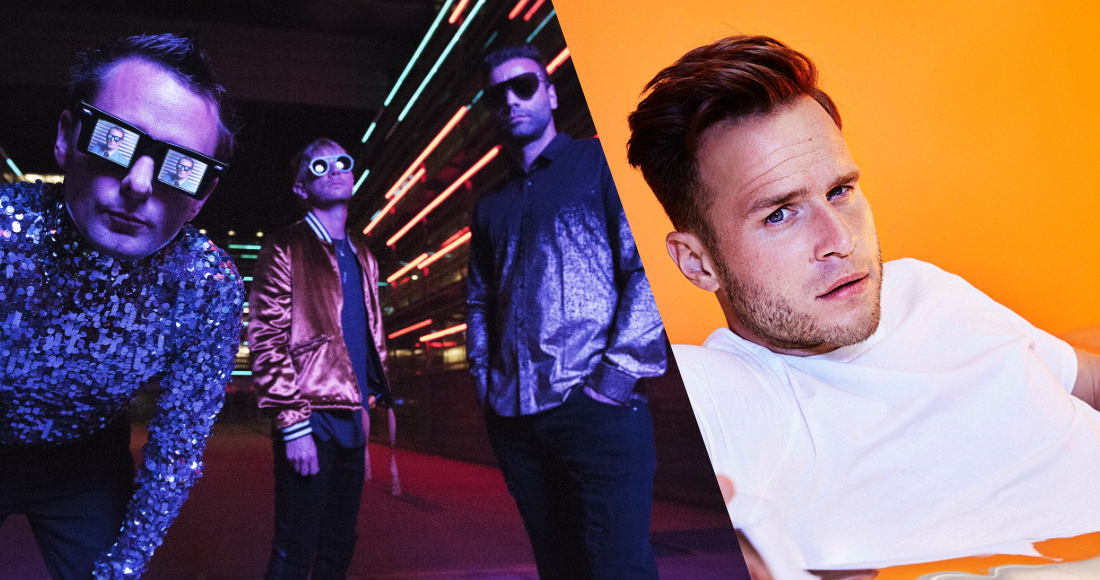 Olly Murs and Muse are battling it out for the Number 1 spot on this week's Official Albums Chart.

Both acts are regulars at the top of the chart, with Muse having scored five chart-topping albums and Olly with four to date.

Muse are currently leading the way in today's Official Chart Update (Nov 12) with their eighth studio record Simulation Theory, while Olly is at Number 2 with You Know I Know - his sixth album combined with a greatest hits collection. Check out Olly's biggest singles so far here.

It could be an all-new Top 3 on this Friday's Official Chart; behind Olly is a 50th anniversary reissue of The Beatles' self-titled album, also known as The White Album. The record comes with new mixes and previously unreleased demos and follows last year's chart-topping re-release of their Sgt. Pepper's album.

Three more albums are on track for a Top 10 debut this week: Aled Jones & Russell Watson's collaborative collection In Harmony starts at Number 7, followed by Imagine Dragons' fourth album Origins at 8, while I'll Remember You from Britain's Got Talent 2018 finalists The D-Day Darlings is new at 10.

British metalcore band Architects could be scoring their highest charting album yet with their eighth record Holy Hell (11), actor Jeff Goldblum opens at 18 with his debut set The Capitol Studios Sessions, and US singer/rapper Lil Peep is at 20 with posthumous collection Come Over When You're Sober Pt. 2 - released one year after his death aged 21.

MORE: Big albums still to be released in 2018

After selling out their 2019 UK Stadium tour in a matter of minutes, Spice Girls' Greatest Hits vaults back into the Top 40 at 22, British producer Jonas Blue is at 28 with his debut album Blue, Gary Numan's Live At Brixton album is new at 29, and US rapper Trippie Redd opens at 34 with his A Love Letter To You 3 mixtape.

Further down, Kylie Minogue's Golden re-enters the Top 40 at 35 following her performance of current single Music's Too Sad Without You on The Jonathan Ross Show, while Yxng Bane's HBK mixtape (36), Electric Ladyland by The Jimi Hendrix Experience (38), and Jethro Tull's This Was (40) could all earn a place in this week's Official Albums Chart Top 40.