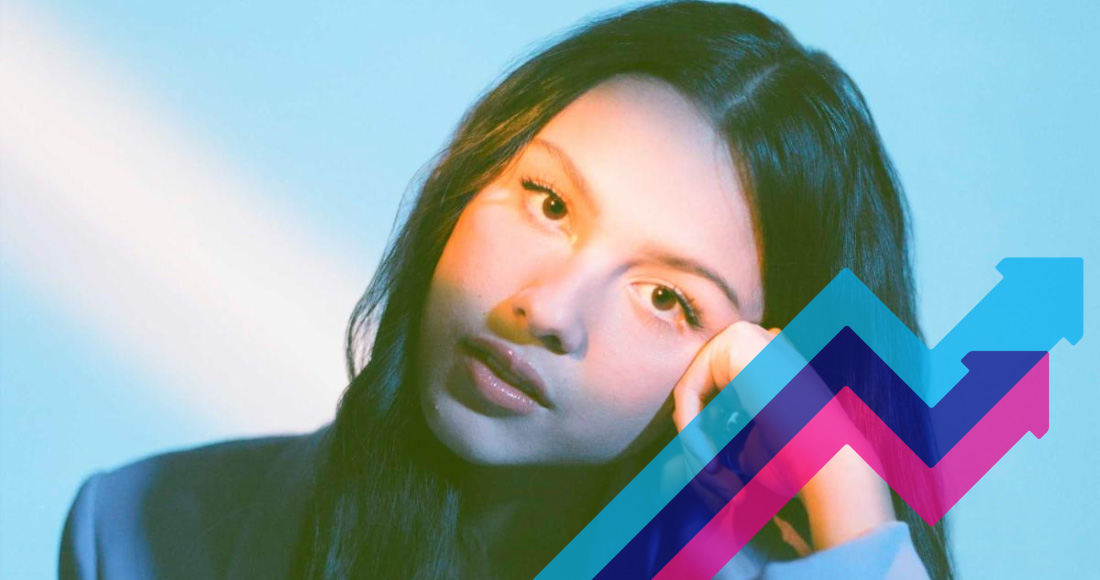 Olivia Rodrigo’s debut single Drivers License is already shaping up to be a hit as it debuts at Number 1 on this week's Official Trending Chart.

The song is now Little Mix’s closest competition for the Number 1 single this week, having flown up the charts in the few short days since its release on Friday, 8 January.

Actress, singer and songwriter Olivia is currently best known for her starring role on Disney+'s High School Musical: The Musical: The Series, and has over 5 million combined social media followers, plus co-signs from the likes of Taylor Swift boosting her debut single's profile. Learn more about Olivia and Drivers License here.

Big songs on the rise this week include SZA’s Good Days and No Time For Tears by Nathan Dawe & Little Mix, both set to reach new Top 20 peaks on the Official Singles Chart, while further down, Rudimental claim two fast-climbing hits with Raye collaboration Regardless, and Be The One with Morgan, Digga D and Tike.

Among the brand-new songs released last week that are making a big impact is Bugzy Malone’s Notorious ft. Chip - a refreshing collaboration between two notable artists who traded several diss tracks in the mid-2010s before revealing they squashed their beef in 2017, which they reference within the track.

Also making waves in their first week of release are Best Friend by Saweetie & Doja Cat, The Weeknd’s Save Your Tears and Zayn's Vibez - the second single from his new album Nobody Is Listening, out this Friday (Jan 15).