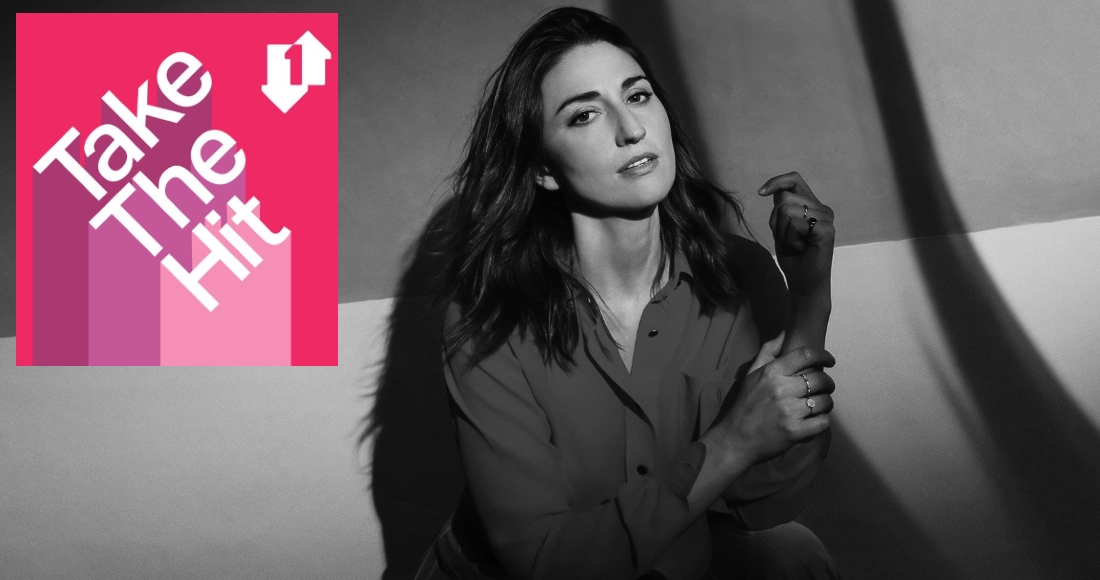 Sara Bareilles, the seven-time Grammy nominee who first found fame in the UK with her hit single Love Song, talks hanging out with the Obamas and performing with Taylor Swift on the second episode of the Official Charts: Take The Hit podcast.

The singer-songwriter recently saw her musical The Waitress launch in London’s West End following a successful three-year stint on Broadway. In the episode Sara compares UK and US theatre audiences, as well as talking about her new album Amidst The Chaos, which entered at Number 6 on the Billboard albums chart.

All this and more before she even takes on our Official Charts: Take The Hit challenge, where she talks about attending Obama’s birthday party:

“This is going to sound like I’m bragging but it was actually just a really incredible night, but I was at Obama’s birthday party at The Whitehouse and it was one of the cooler things I’ve ever got to do.

"Everyone turned in their phones, it was casual, they were in slacks and the kids were in jeans.  It was just a house party.  It’s a beautiful reflection of their interests and their relationships; political people, film, sports, art, journalism - a huge cross section of interesting people.  It was just cool to be a fly on the wall.”

Listen below on Acast, or on Spotify or Apple Podcasts:

For those not in the know, Official Charts: Take The Hit is our brand new podcast that asks music stars questions based on the UK’s best-selling singles of all time.

When did they last 'Get Lucky'? What did they 'Wannabe' when they were growing up? And what is the highest 'Price Tag' item they own?

Episode 1 featured BRIT winner Tom Walker whose debut album What A Time To Be Alive debuted at Number 1, while Claire Richards, Freya Ridings and Scott Mills are all lined up for future appearances.