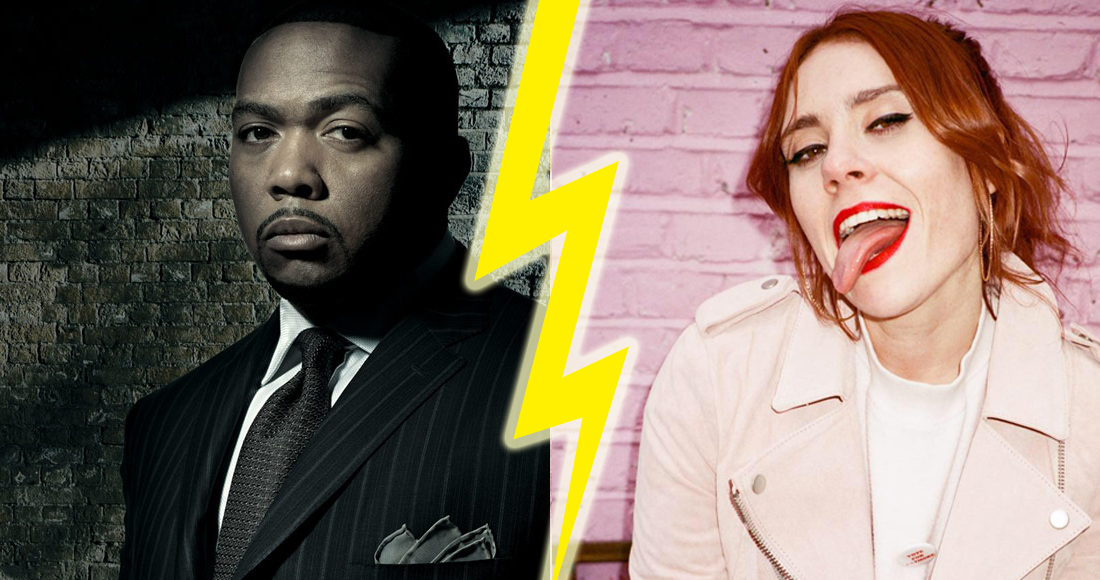 This week ten years ago was a *pretty* memorable one in Official Charts history.

Nestling behind Rihanna’s Umbrella and Timbaland’s The Way I Are for four weeks previously across summer 2007 was Kate Nash’s Foundations. The singer-songwriter's bright and peppy debut was proving popular with the public and spent most of the season vying for the top spot.

For its fifth week on the Official Chart, Foundations lost out on a chance at chart glory again, by just 16 copies - sixteen - with The Way I Are nabbing the chart crown. Unsurprisingly, it's the closest chart race ever recorded.

MORE: The closest battles for Number 1 on the Official Singles Chart

Foundations, the lead single from Kate's debut album Made of Bricks, has sold 435,000 copies to date and boasts an impressive 18 weeks on Top 40, while it's notched up a healthy 17 million plays on streaming services since 2014.

In fact, plenty of you are still enjoying it - last week 105 of you downloaded it, and it was streamed a massive 273,000 times.

Kate went on to have a Number 1 album with Made of Bricks later that year (dethroning Paul Potts in a chart race not so close to the wire), and more recently, she starred in Netflix’s women's wrestling comedy GLOW. She’s even got involved with real-life wrestling at Pro Wrestling: EVE in London.

As for Timbaland, The Way I Are had been responsible for ending Rihanna's 10-week washout at the top with Umbrella the previous week. It currently stands as his last UK chart-topper, though he has come close on a number of occasions.

Some solace for Kate - Timbaland's album Shock Value peaked at Number 2 behind Paul Potts's One Chance, so take that Timba! But seriously, please come back soon - we miss you.

As for the rest of the Top 10, Kleerup and Robyn's With Every Heartbeat debuted at Number 5 (it would climb to Number 1 the following week), while Newton Faulkner's debut single Dream Catch Me and emo-pop anthem Hey There Delilah by Plain White T's both entered the top flight for the first time.

Listen to the UK Top 40 from this week in 2007 on our streaming channels! Subscribe to our weekly Flashback playlist on Spotify, Deezer, Apple Music or click the image below: