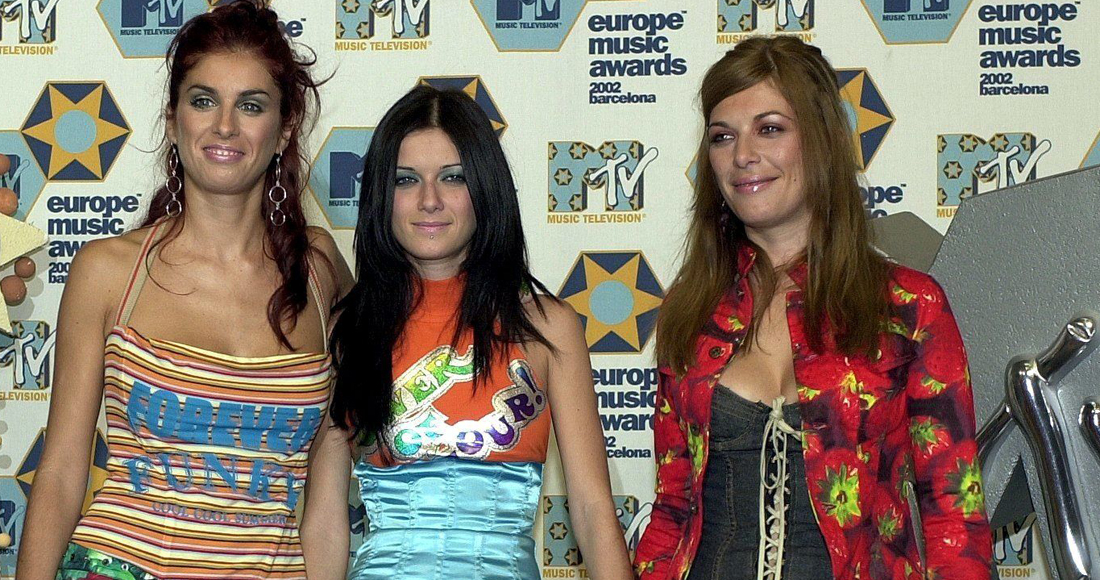 Three ladies, one catchy tune, global fame. Quite how Las Ketchup's The Ketchup Song (Asereje) became as successful as it did is a bit of a mystery, but who are we to judge?

The song - which hit Number 1 in the UK this week in 2002 - was an unstoppable force across Europe that summer. When Brits returned from sunning themselves abroad, they clearly weren't ready for the party to end; The Ketchup Song landed straight in at Number 1 with first week sales of 105,781. By its third week it had sold a quarter of a million copies.

It wasn't simply a case of the longstanding British tradition of embracing a novelty single either - The Ketchup Song hit Number 1 in a staggering 24 countries. It even reached Number 54 in America, impressive given its Euro-centric roots.

The three sisters Lucía, Lola, and Pilar Muñoz – formed in 2001 and named themselves Las Ketchup as a tribute to their father, a famous flamenco musician known as El Tomate, i.e The Tomato.

The song itself is about a man named Diego who enters a nightclub and hears his favourite song Rapper's Delight by the Sugarhill Gang. The chorus - "Aserejé, ja, de je, de jebe tu de jebere ..." is a gibberish imitation of the Rapper's Delight's "I said a hip-hop, the hippie the hippie to the hip hip hop ...".

After 18 weeks in the Top 40, The Ketchup Song finished as the UK's eighth bestselling single of 2002, and is one of only a few foreign-lanuage singles to reach Number 1 in the UK. Determined to keep the Ketchup train rolling, they slung some sleigh bells over the top and re-released it at Christmas, though it went largely unnoticed.

Elsewhere in the Top 40 that week in 2002, Las Ketchup held off competition from S Club Juniors, who landed their third consecutive Number 2 single with New Direction. Foo Fighters scored a Top 5 with All My Life at Number 5, and outside the Top 10 there were new entries from Richard Ashcroft's Check The Meaning, Coral's Dreaming Of You and Help Me by Backstreet Boys member Nick Carter.

Listen to the UK Top 40 from this week in 2002 on our streaming channels! Subscribe to our weekly Flashback playlist on Spotify, Deezer and Apple Music. Listen on Spotify below: