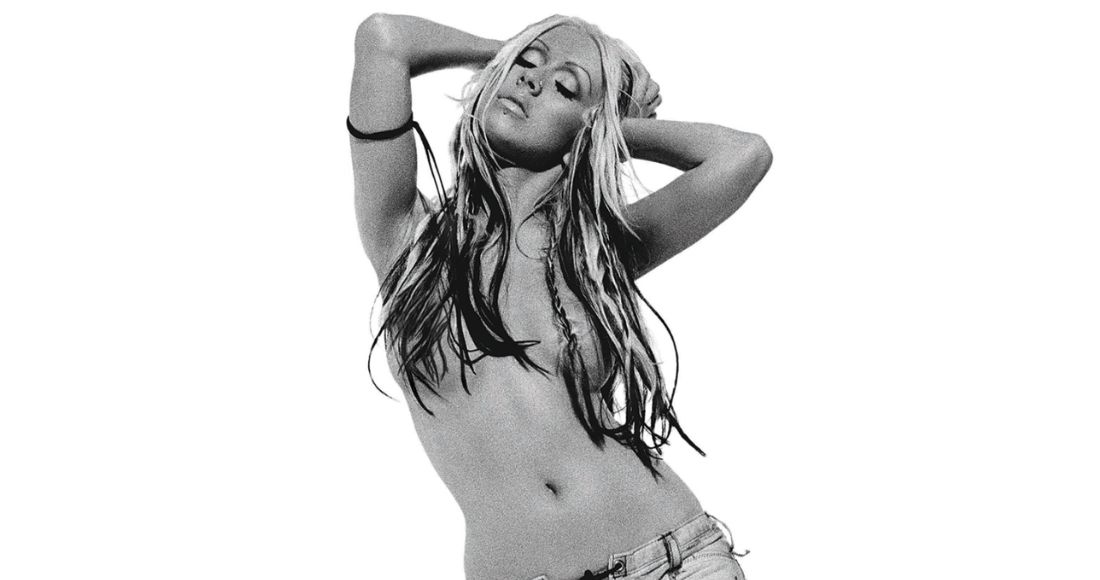 There are successful pop music re-inventions, and then there is Christina Aguilera's Dirrty.

Less of a front-to-back image re-calibration and more of a set everything that came before on fire and dance in the ashes while wearing leather chaps, Dirrty's star has burned bright and endured in the now 20 years (!) since first hitting Number 1 in the UK in November 2002.

In fact, it's become one of the modern touchstones for any good pop girlie wanting to turn bad. But they have a lot to live up to, because quite frankly, no-one did it better than XTina.

The first single from her landmark 2002 opus Stripped, Dirrty wears its lasciviousness on its sleeve. From the blasting synths of its gregarious R&B production, to its proactive lyrics and sleazy (and in parts, totally un-hinged) visuals by visionary director David LaChapelle that included motorbikes, the aforementioned chaps and some good old fashioned half-naked boxing, Christina had certainly let the genie out of the bottle on this one, and there was no putting it back in.

But strip Dirrty of all its excesses, and what you have at the heart of it is still a fantastic pop song. In the years since its debut, it's often been misunderstood as just a pure grab at controversy on Christina's part.

And while that may have shades of truth (let's be honest, she knew what she was doing!) it's insincere to just call Dirrty an exercise in publicity and nothing more. Plenty of pop artists have since attempted to pull off this same trick (as did Christina herself, with I'm Not Myself Tonight) but nothing has quite hit the same since, because they lacked the total and utter conviction that's at Dirrty's core.

This week 20 years ago, Dirrty entered the Official Singles Chart for the first time, peaking at Number 1, a position it would hold for two straight weeks. Strangely, the track would not do so well in America - stalling outside the Top 40. It was Stripped's second single, the ballad Beautiful, that would see Xtina gain the most comeback success over the pond.

The UK, it turns out, was down to get Dirrty!

20 years after its release, Dirrty has pushed 836,000 UK chart sales and counting; made up of 240,000 physical purchases and 168,000 downloads. It's also been embraced by a new generation in the age of streaming - with 51 million streams in total.

Let's take a look at the rest of the Top 10 that week in 2002. Love on the Line (6) was Blazin' Squad's second ever Top 10, following debut hit Crossroads, their only Number 1. Sugababes scored a third Top 10 with new member Heidi Range with double-A side Stronger and Angels With Dirty Faces (7) – coming off the back of two straight chart-toppers with Freak Like Me and Round Round.

Come Into My World (8) was the final single from Kylie Minogue's mega-selling Fever album and, like million-selling Can't Get You Out of my Head, was co-written by Cathy Dennis, while Coldplay were at Number 10 with The Scientist.

Listen to the UK Top 40 from this week in 2002 on our streaming channels! Subscribe to our weekly Flashback playlist on Spotify.