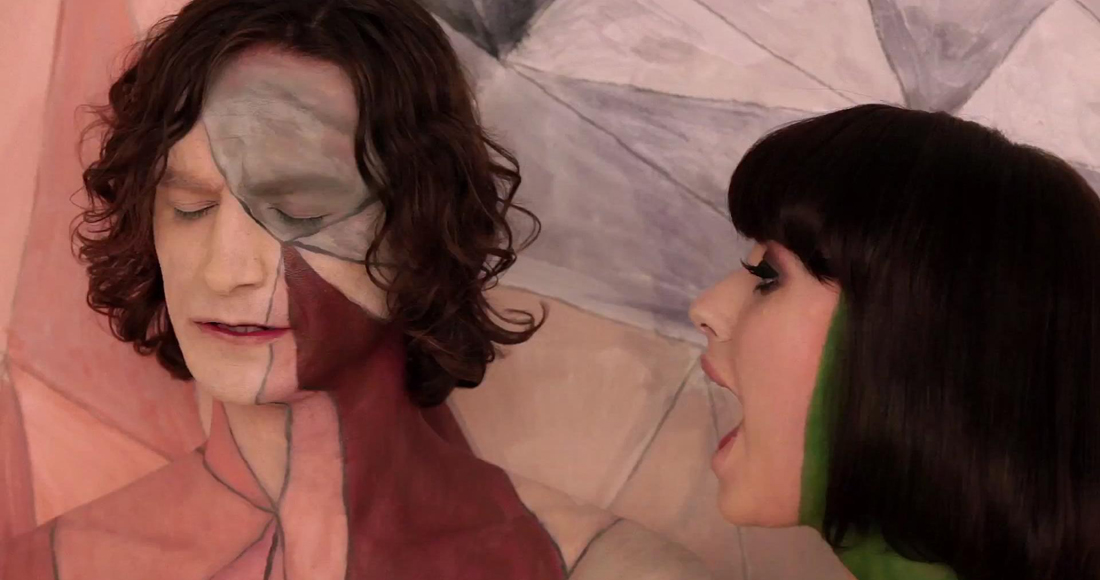 Life as we knew it came to an end this week 10 years ago as Gotye and Kimbra spent their final week at Number 1.

Their inescapable collaboration Somebody That I Used To Know catapulted them to the top of the charts in February 2012. Breaking through a tidal wave of EDM pop, the acoustic ballad with the quirky video proved simplicity often wins.

Nicki Minaj, Sia and David Guetta were on a race to dethrone the modern classic, however - with all three artists taking two places in the Top 10.

Nicki's iconically nonsensical dance track Starships rose to a new peak of Number 2; while it wouldn't be the song to dethrone Gotye and Kimbra the following week, it does remain her highest-peaking solo single to date.

Alexandra Burke followed at Number 3 with the relentless (and underrated) banger Elephant. (Yes, the one that introduced the UK to metaphorical wild animals).

Sia and Flo Rida held on to the Top 5 with Wild Ones at 5, while Sia also featured in David Guetta's Titanium at Number 6. In turn, David Guetta's Turn Me On - featuring Nicki Minaj - rose to its Number 8 peak for the first time.

Elsewhere, Jay-Z and Kanye West's era-defining N****s In Paris stormed into the Top 10 where it would spend one week at Number 10.

See this week's Official Singles Chart from 2012 in full here