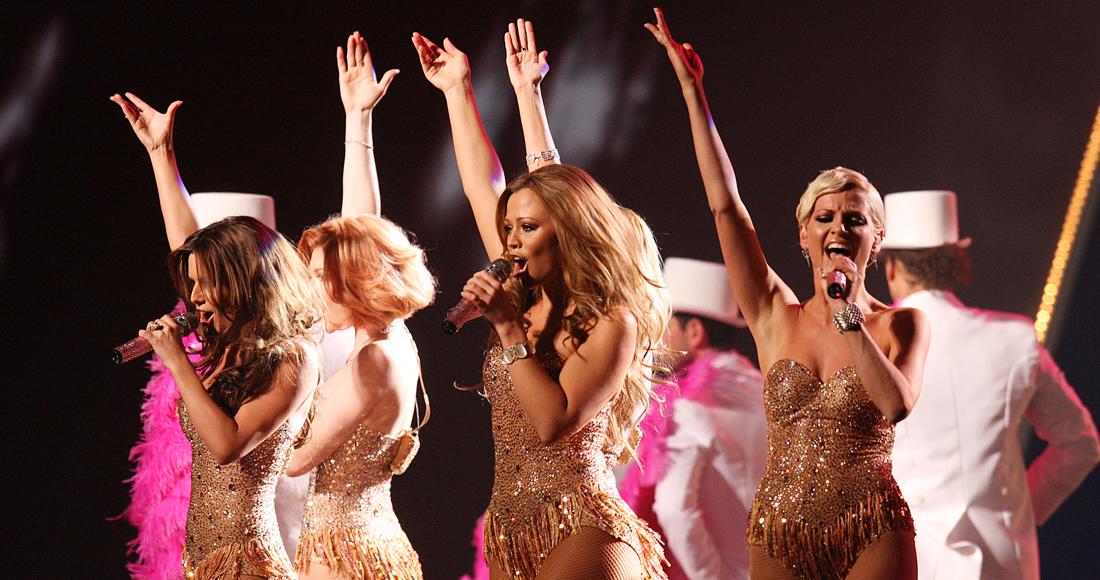 For a group who challenged and pushed the boundaries of what British pop music could do and sound like, Girls Aloud's fourth and final Number 1 is curiously conventional in both form and sonics.

Perhaps lacking the innovation of Biology or The Show, or the hard-edged abrasiveness of Sound of the Underground and Sexy! No No No... The Promise pays homage to groups like The Supremes and Phil Spector's Wall of Sound production. It finds Cheryl, Nadine, Nicola, Kimberley and Sarah exuding a hard won confidence as they finally became the biggest band in the country.

Like most of the girls' output, the track was written and produced by British pop contortionists Xenomania, who had been looking for "a piece of music Girls Aloud needed to announce them as a supergroup [...] The Promise was the sound of a big group, a group about to be huge. They needed the theme tune to the biggest girl group on the planet."

But it's always been insincere to lay the success for Girls Aloud solely at Xenomania's feet; if it wasn't for the band themselves, this latter-day crowning achievement might never have arrived. It goes that Girls Aloud, after hearing The Promise, immediately knew it would be the lead single from their final album, Out of Control, but their label were hesitant, claiming the release of the song would be a career-killer. The members - including Nadine, who had just flown in from LA for the album's photoshoot - were having none of it. They dug their heels in and The Promise was released. To say it was a success would be an understatement.

Thanks to a flashy performance on The X Factor on release week (where Cheryl Cole was enjoying her first series as a judge), The Promise debuted at Number 1 on the Official Singles Chart with first week sales of 77,109, knocking Pink's So What down to Number 2. It was their fourth chart-topper after Sound of the Underground (2002), I'll Stand By You (2004) and Walk This Way with Sugababes (2007). Total UK chart sales for The Promise stand at 712,140, including 18.2 million streams.

It topped the chart for a single week, although a week later parent album Out Of Control would top the Official Albums Chart - Girls Aloud's first studio album to do so (greatest hits collection The Sound of Girls Aloud also hit Number 1 in 2006).  The Promise also holds a special place in Girls Aloud's legacy, as it was the track that scooped the group their first BRIT Award in 2009, for Best British Single.

Girls Aloud had a magic, mercurial chemistry together that you could never replicate. The sad news of band member Sarah Harding's passing earlier this year highlighted this, and it's no coincidence that in most obituary clips played on the TV or radio, Sarah's solo verse from The Promise was used. "Here I am," she sings, "walking Primrose..." it's a wistful highlight from Girls Aloud's most confident single, where suddenly the magic of Girls Aloud suddenly made sense to the entire nation.

Elsewhere on the chart this week in 2008, there were new entries from techno outfit Guru Josh Project with Infinity 2008 at Number 3, and Katy Perry landed her second Top 10 with Hot N Cold, climbing to 7.

Listen to the UK Top 40 from this week in 2061 on Spotify below. Also available on Apple Music | Deezer