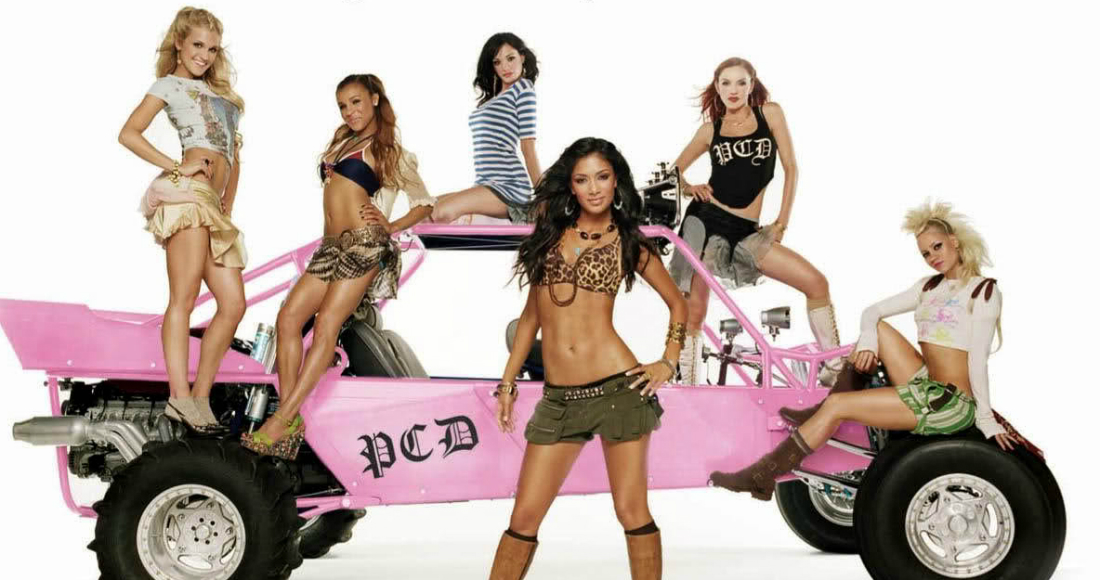 With a purr and a meow, The Pussycat Dolls achieved their first UK Number 1 single this week 17 (!) years ago with Don't Cha, featuring Busta Rhymes.

In what was bad news for female equality but great news for Nicole Scherzinger's dreams of musical superstardom, Don't Cha's lyrics probably wouldn't make it past the sensors today ("Don't cha wish your girlfriend was hot like me...") but were very effective in branding the Pussycat Dolls as very different girlgroup from their main competition at the time; Girls Aloud and Sugababes.

It also helped, of course, that the Dolls were US exports, and their hip-hop adjacent sonics certainly helped them diversify from their peers - although we will still remember Cheryl Cole's verbal lashing of Nicole and co. until the day we die. Sorry, girls. Remember when pop star feuds were fun? Anyway.

Don't Cha would rule the roost at Number 1 for a total of three weeks. The Doll would gain one further Number 1 just three months later with Stickwitu, with a further six Top 10 hits across two albums until breaking up in 2009.

Nicole would get her long-held wish of a solo career Number 1 too, debuting at the top of the Official Singles Chart with Don't Hold Your Breath.

After years of inactivity, the Dolls would briefly reunite for Top 40 comeback single React (justice!), while plans for a UK reunion tour were routinely scuppered by COVID, causing the whole thing to be delayed, re-scheduled and then scrapped altogether.

Elsewhere on the Official Singles Chart 17 years ago - again, (!) - we had two new entries inside the Top 10; Doctor Pressure by Mylo vs Miami Sound Machine (3) and Coldplay's Fix You (4). While further downstream, Goldie Looking Chain's Your Missus Is A Nutter (14), Ablaze by Ian Brown (20) and Foo Fighters' DOA (25) also debuted on the chart.

One song you may have noticed flying down the lower parts of the chart this week is Big City Life by English electronic duo Mattafix (34), which has recently got a shiny new 2022 remix thanks to Australian DJ Luude, and is currently charting inside the Top 10.

Listen to the UK Top 40 from this week in 2005 on Spotify below. Also available on Apple Music | Deezer