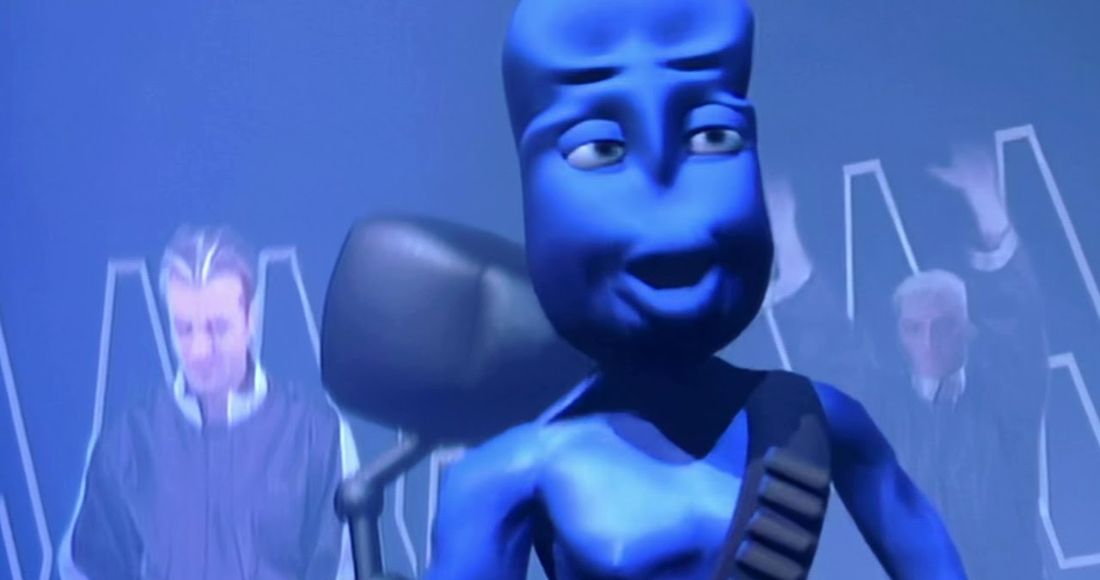 They're Good (Blue)! In a fortuitous turn of events, 23 years ago this week Eiffel 65 was umber 1 on the Official Singles Chart with Blue (Da Bee Da)...just as, in the modern day, David Guetta & Bebe Rexha's 2022 re-work of the track sits at Number 1.

But let's pedal back slightly. The year is 1999 and Jeffrey Jey, Maurizio Lobina and Massimo Gabutti - the three members of Italian dance group Eiffel 65 (I know, they're not French! Shock) write Blue (Da Ba Dee) after hearing the opening paino hook as composed by Lobina.

Wisely, they heard it and thought - this would make a great Eurodance song. But for those looking for deep introspection into the song's themes - the members have spoken about how the hook for the song, and the colour blue, were chosen seemingly at random, and the rest of the song was written with similar spontaneity.

This week in 1999, Blue (Da Ba Dee) stayed steady at Number 1 with sales of over 164,000. It would beat nearest competition S Club 7 (out for a second Number 1 with S Club Party) into second place, while Shania Twain's iconic Man! I Feel Like A Woman had to settle for a new entry at Number 3.

But, all things considered, a very iconic Top 3, no?

Proving that nowhere was more crazy for dance music than the late 90s, thr week before this Blue (Da Be Dee) unseated the Venga Boys' We're Going To Ibiza! (Tune! But also, not how you pronounce Ibiza), debuting at the top of the Official Singles Chart with sales of over 226,000.

In 2022, of course, Blue's manic energy has come back with a vengeance, thanks to the song being sampled in David Guetta & Bebe Rexha's I'm Good (Blue). Originally demo'd by the French DJ and Bebe in 2017, the track was never officially released at the time, before a resurgence on TikTok saw the song re-recorded and produced.

As far as Blue's chart stats stand in the modern day; it's total chart units stand at over 1.6 million Eiffel 65 lay claim to a place in the most holy of chart accolade, with the single an official million-seller in the UK.

It also has a very healthy standing on streams, with a combined total of 64 million streams, but expect that number to rise in the coming weeks.

Elsewhere on the Official Singles Chart this week in 1999, we had further new entries from Britney Spears' energetic You Drive Me Crazy (4), David Bowie's Thursday's Child (16) and Idlewild's Little Discourage (24).

Listen to the UK Top 40 from this week in 1999 on Spotify below. Also available on Apple Music | Deezer