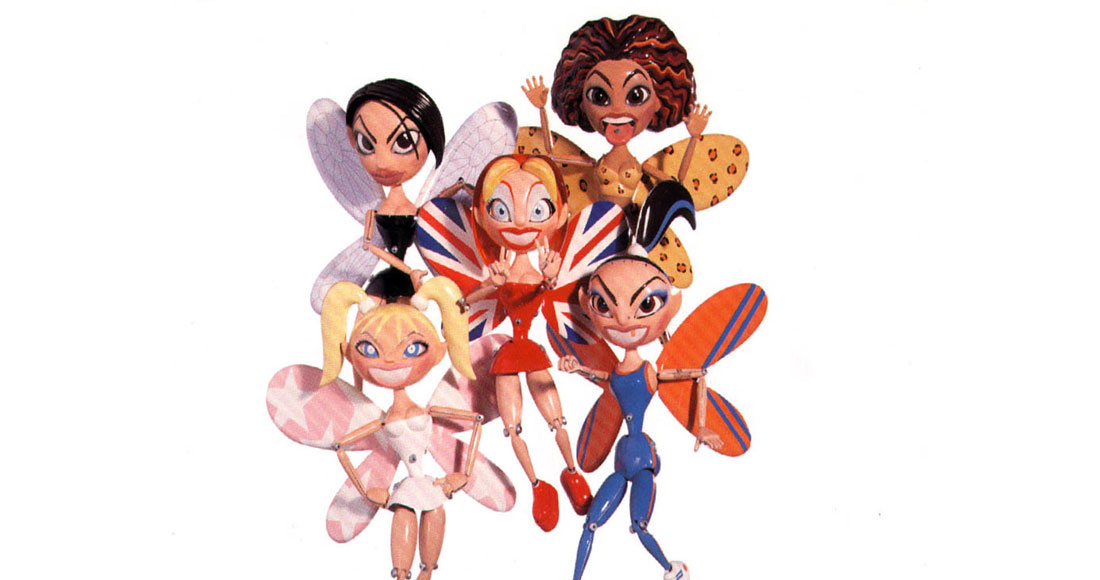 Two years is a long time in pop music, but for five young ladies it was more like a lifetime. Since bursting into the Official Singles Chart with Wannabe in July 1996, Victoria Adams, Melanie Brown, Emma Bunton, Melanie Chisholm and Geri Halliwell had enjoyed an impressive run of six Number 1 singles. (Only Stop had stalled at Number 2, beaten to the top of the charts by the monster smash It’s Like That, by Run-DMC & Jason Nevins.)

By May 1998, however, the dream seemed to be over. Ginger Spice had waved goodbye to Sporty, Scary, Baby and Posh – and she wasn’t coming back. Would this be the big finale for Britain’s craziest pop phenomenon since the Beatles? Did friendship really never end? Well, it seems that there was still one last hurrah to come as a fivesome – a little bit of unfinished business – and that was Viva Forever. And what a way to go.

Arguably their strongest ballad, Viva Forever was the last spin-off from their million-selling second album Spiceworld. The girls had been so busy travelling the world promoting the album, they’d elected to have an animated video for the song – which turned out to be a pretty good idea given that Geri had left the building by the time the track was released.

Featuring the five girls as cheeky little fairies dressed in their iconic looks, Viva Forever's nostalgic musings on friendship and love seemed like the perfect ending to a short but insanely intense career for the Spice Girls. Looking back, we can’t believe we didn’t see it coming. Looks like Geri was one step ahead of us all.

The dreamy number seemed to to sum up the mood of every fan - a collective exhale after a chaotic two years of Spice domination. Although the album had been available for some time by its release, the UK still flocked to the shops to buy Viva Forever.

The track logged two weeks at Number 1, shifting 278,000 copies in its opening week and holding off a new entry from Will Smith - his cover of Just The Two Of Us landed at Number 2. Total UK chart sales for Viva Forever stand at 798,000, including 12.1 million streams.

Post-Viva Forever, the Spice Girls soldiered on, scoring two more Number 1 hits with Goodbye and Holler/Let Love Lead The Way. But it seemed some of the magic was missing once the spice rack lost its most outspoken jar, and the band drifted off into a hiatus, with the ladies concentrating on solo projects instead.

Elsewhere on the Official Singles Chart this week in 1998, Norwegian-Danish group Aqua were a new entry at Number 6 with My Oh My, the fourth single from their debut album Aquarium, and Welsh rockers Catatonia just missed out on a Top 10 with Strange Glue, landing at 11.

Listen to the UK Top 40 from this week in 1998 on Spotify below. Also available on Apple Music | Deezer