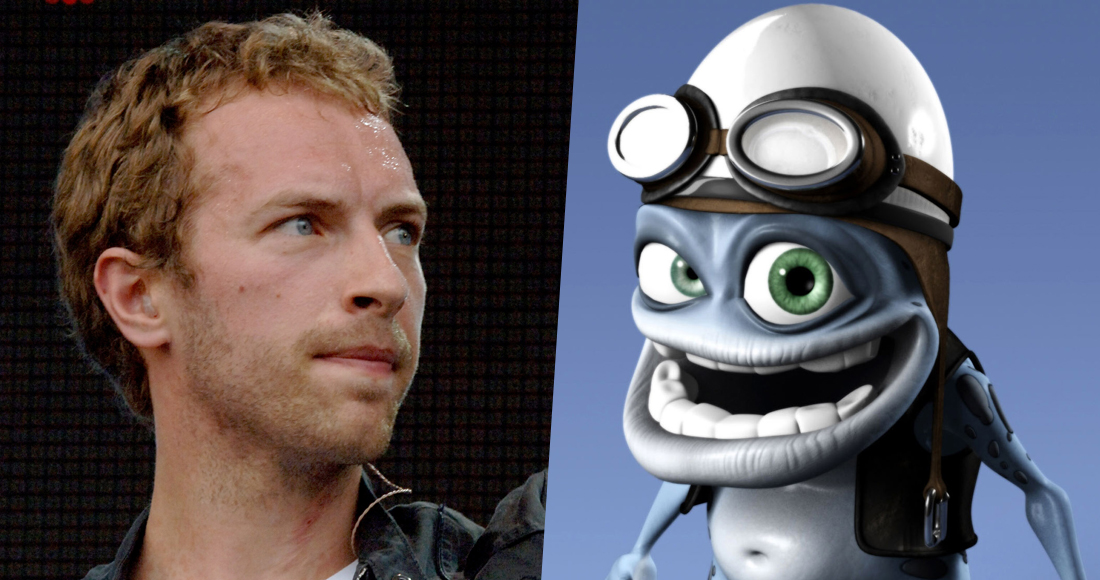 There was a time when the UK record-buying public were known for their fondness for a novelty record. It’s one of the few places in the world where a cartoon character can score a million-seller (Bob The Builder's Can We Fix It?) or a huge foam monster with googly eyes called Mr. Blobby can land a Christmas Number 1.

Further proof of Brits’ sense of humour came in summer 2005, when one of the biggest rock acts in the world had Number 1 snatched from them by… well, an animated frog. But this was no ordinary frog. Instead of a lily pad and a penchant for eating flies, Crazy Frog was more into wearing a motorcycle helmet and proudly letting everything hang out for all to see.

Originally known as The Annoying Thing – which less kind people would say was a stunningly accurate name – Crazy Frog advertised ringtones for sale (hello 2000s!) and his own inimitable siren’s call. “A ring ding ding…” and so it continued into all eternity.

To capitalise on Crazy Frog’s cult status, he launched a pop career, starting off with a new version of Axel F, originally a Number 2 hit for Harold Faltermeyer in 1985 and reappearing in the Top 10 once more in 1995 for dance outfit Clock (7). Only Crazy Frog could take it to Number 1, however, which he did this week in 2005, and very likely totally ruining Coldplay’s weekend.

Coldplay were staging their big comeback after a couple of years away following the huge success of second album A Rush Of Blood To The Head. Their opener was Speed Of Sound, which would have been a cert for the top spot any other week of the year, and while they’d topped the Official Albums Chart, the band had yet to score a Number 1 single.

And to be honest, it wasn’t really a close race. Crazy Frog trounced his chart rivals, outselling Coldplay by over 113,000 copies. We’re sure Chris and the gang’s concern was only brief – their new album X&Y was a smash soon after.

Since 2014, Axel F has been streamed 30 million times, 23 million of which is on video, tipping its chart sales total to 694,000 meaning it is now a Platinum certified single.

Coldplay would have to wait three more years until their first Number 1 on the Official Singles Chart when Viva La Vida would do the biz for them.

Crazy Frog would go on to have four more Top 40 hits – honestly, this really happened – last gracing the charts in 2006 with a cover (read: decimation) of Wham’s Last Christmas. See where all of Crazy Frog's singles charted here.

Elsewhere on the Top 40 this week in 2005, Amerie (now Ameriie) landed her first UK Top 10 with 1 Thing, and Gwen Stefani's fourth solo single Hollaback Girl was new at Number 8, breaking a run of Number 4 peaks achieved by her previous releases.

Meanwhile, Nancy Sinatra bagged her first Top 40 for over 30 years as a guest feature on Audio Bullys re-working of Shot You Down, and further down, there were new entries from pop-rockers The Magic Numbers, My Chemical Romance, Arcade Fire and more.

Listen to the Official Singles Chart Top 40 from this week in 2005 below, or here on Deezer.