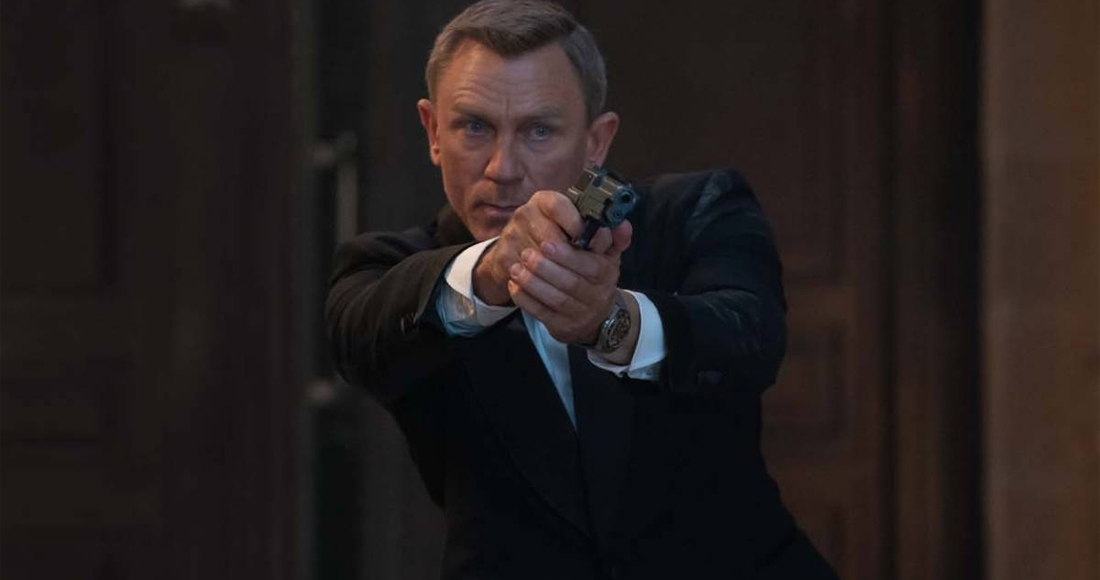 No Time To Die debuts at Number 1 on the Official Film Chart – taking this year’s crown as the Christmas Number 1 film.

The fifth and final chapter in Daniel Craig’s tenure as James Bond – soundtracked by Hans Zimmer, its chart-topping theme song written and performed by Billie Eilish – flies straight to the top of the Official Film Chart with 74,000 sales in its first week, dominated by digital downloads.

No Time To Die, which was finally released in cinemas in September 2021 after a total 22-month delay, Bond is forced out of his tranquil post-service life in Jamaica when his old friend Felix Leiter from the CIA appears, asking for help. He is led into a treacherous trail of a mysterious villain armed with dangerous new technology.

Meanwhile, The Grinch (2018) is knocked from its three-week reign at Number 1, landing all the way down at Number 4 behind noughties Christmas offerings Dr Seuss’ How The Grinch Stole Christmas (2) and Elf (3).

2004 festive feature The Polar Express is pushed one place to Number 5, while DC films’ The Suicide Squad holds strong at Number 6. Paw Patrol: The Movie, Arthur Christmas and Shang-Chi & the Legend of the Ten Rings all climb one place, landing at Numbers 7, 8 and 9 respectively.

Finally, Fast & Furious 9 returns to the Top 10 at Number 10, marking the film’s 11th total week in the top flight.