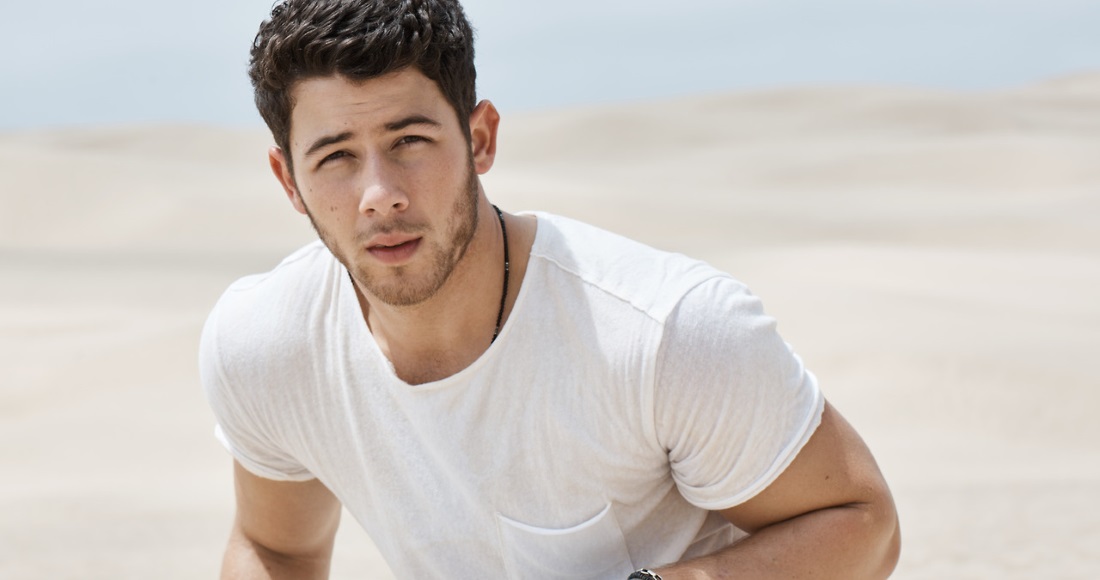 Nick Jonas has his acting head on rather than his popstar one when we phoned him up for chat last week.

"I’m currently up in Montreal, Canada," he tells us through a crackly line. "I’m shooting a movie here called Chaos Walking. I’ve been up here for about two months and I have another couple of weeks left. I’m very excited about it!”

When he's not starring in films (he's also in the Jumanji reboot alongside Dwayne 'The Rock' Johnson and Kevin Hart out in December), the former Disney star has released two solo albums in the past two years, with a third on the horizon in early 2018.

With the record's lead single Find You finding its feet worldwide, we spoke to Nick about the next chapter of his career in music. Here's what we learned:

His new single, Find You, is inspired by a rave he went to at Coachella

"Find You came out of an experience at Coachella, actually. I was with some friends out dancing in the rave tent and got really inspired by the House music.

“From there, I was able to dive in and write some music that was really unique for me. Find You was one of those songs I hope will be an important piece to the creative evolution of me and to the fans as well.

“It really set the tempo for this record and the journey that I’ve been on creatively. Embracing some of the influences that I’ve had for a long time but also some new ones.

MORE: See where all of Nick Jonas's singles and albums have charted

His DMs are pure filth

“Honestly, if you went through my DMs, I think you would be even more shocked with some of the things I receive. Very vulgar and I probably can’t repeat them right now.

"I did an interview and said something about being choked, and well, let’s just say there are some funny and imaginative people out there who really took it to heart!

“As for the Find You video, I left all of that in the hands of my stylist, but there was a hole in the crotch of my jeans, so there’s a lot of questionable things happening!”

His last single, Remember I Told You, won't feature on his upcoming album

“Find You is the start to the campaign, basically. There’s a full body of work that is already finished. I think it is some of my strongest work yet. It tells the story of this year last year and a half of my life and I found real optimism in the creative process this time around which was different and exciting for me.

"I think it’s kinda hard now to define what is a hit or not. People connected with it and that’s a win for any artist. Collaborating with Anne-Marie and Mike Posner was awesome and we have a lot of fun in the video.”

He's got some pretty interesting collaborations in his sights.

“I’m really inspired by country music actually. I did work with Thomas Rhett on a show called Crossroads where they take a country artist and a pop artist and have them play together. To do a country collaboration would be a dream come true.

“Then Kanye West would be a dream collaboration of mine. It would be amazing to do that at some point. As far as new artists go, I think Alessia Cara is great. She does some really cool stuff and obviously her voice is incredible.”

After his recent appearance on BBC’s Pitch Battle, he believes TV talent shows are a great thing for new artists.

“I think it’s an amazing platform for people. It’s all a matter of what kind of experience someone wants to launch themselves. Any chance you can give someone to follow their dreams and pursue their goal is a great thing. I’m all for it. I think some more than others give the [established] artists themselves more of a platform but...

“I know I’m grateful for having the journey I had that wasn’t that talent show route. I was really able to build up a lot of experience and it didn’t happen all at once. I learned a lot of valuable lessons.”

Working with Dwayne 'The Rock' Johnson on the Jumanji reboot sounds like it was a lot of fun.

“I’m over in December to promote Jumanji and we’re hoping to work some music things around that,  so look out for those. I’ve seen the movie already and it is amazing. I think it turned out so great. It’s hard to believe we got any work done as it was jokes every day on set with Dwayne. So the end of this year and then into next year I’ll be back. I’m going to be making a lot of trips.”

Nick Jonas' new single Find You is out now.